It’s always interesting to see what you can do with what Adox calls a ‘closed imaging system.’ CMS 20 II is a film that is specifically designed for one developer, and one developer only that is Adotech II. In fact, in their datasheet, they even discourage the use of traditional developers as they could yield poor and unpredictable results. But thanks to the power of the Internet and having a bit of an experimental side and writing these blogs for you, my dear readers let us continue and say you can use traditional developers with CMS 20, and the results are rather stunning. 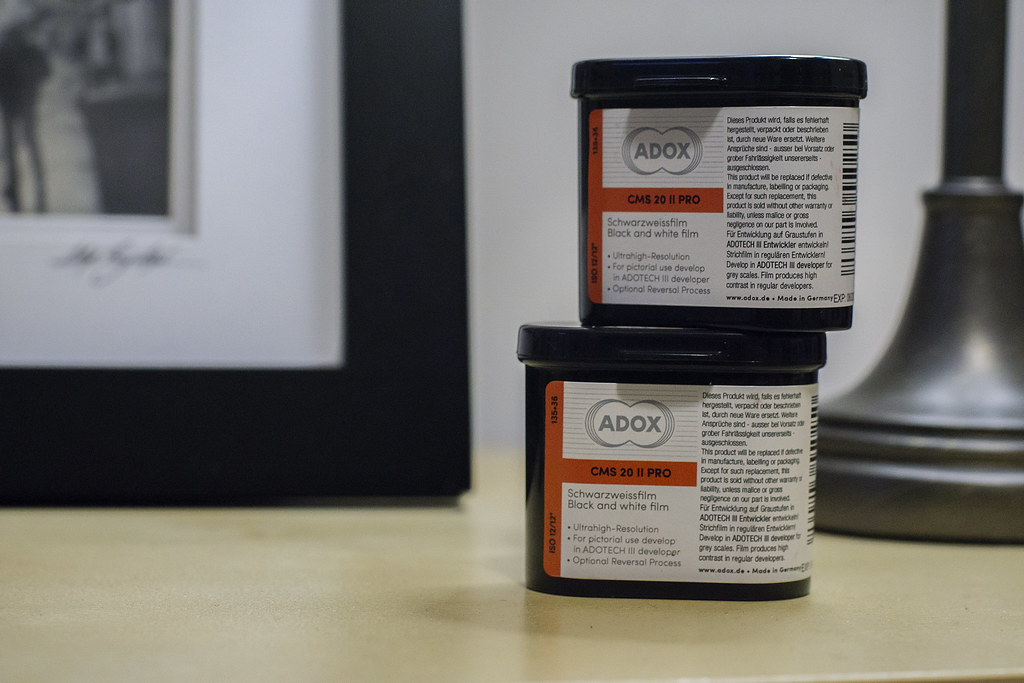 Roll 01 – Kodak D-76
I rather enjoy the results I got with D-76, now, shooting handheld I went for an ultrawide lens to compensate for the wide open apertures and slower shutter speeds. But I picked a day that would have some bright morning sunlight. Also getting out before the heat of the day set in helped as well. While you get that high-contrast look, there’s actually a decent amount of mid-tones, no grain, smooth, and sharp. But not overly so, probably due to D-76 being not the best for achieving sharpness. Though I did start to notice a lack of shadow detail and far darker foliage than I would expect. 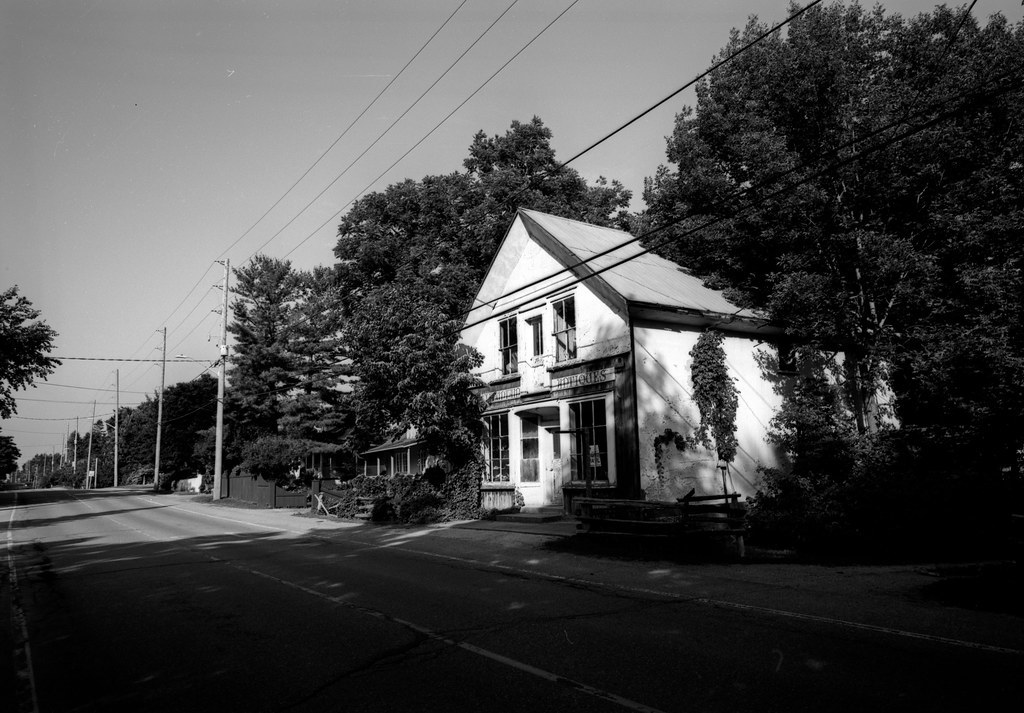 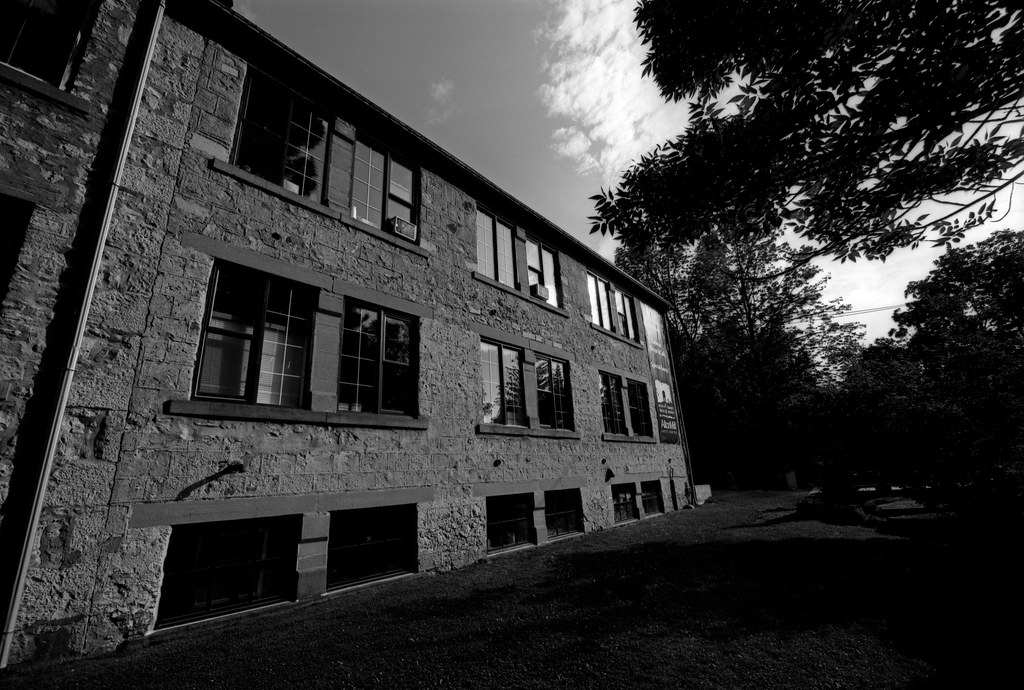 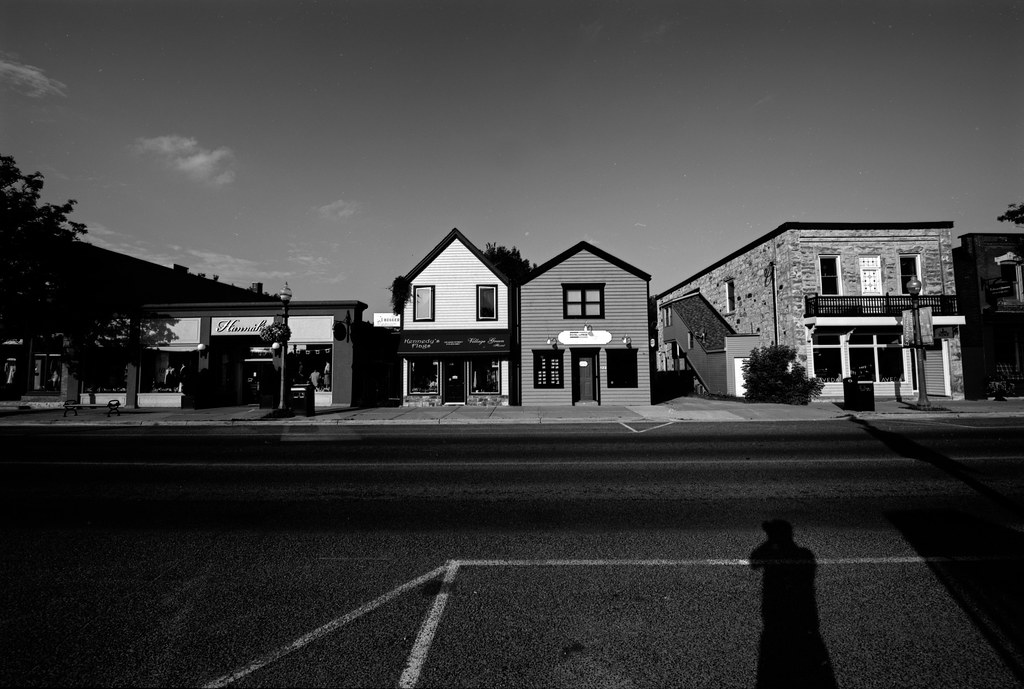 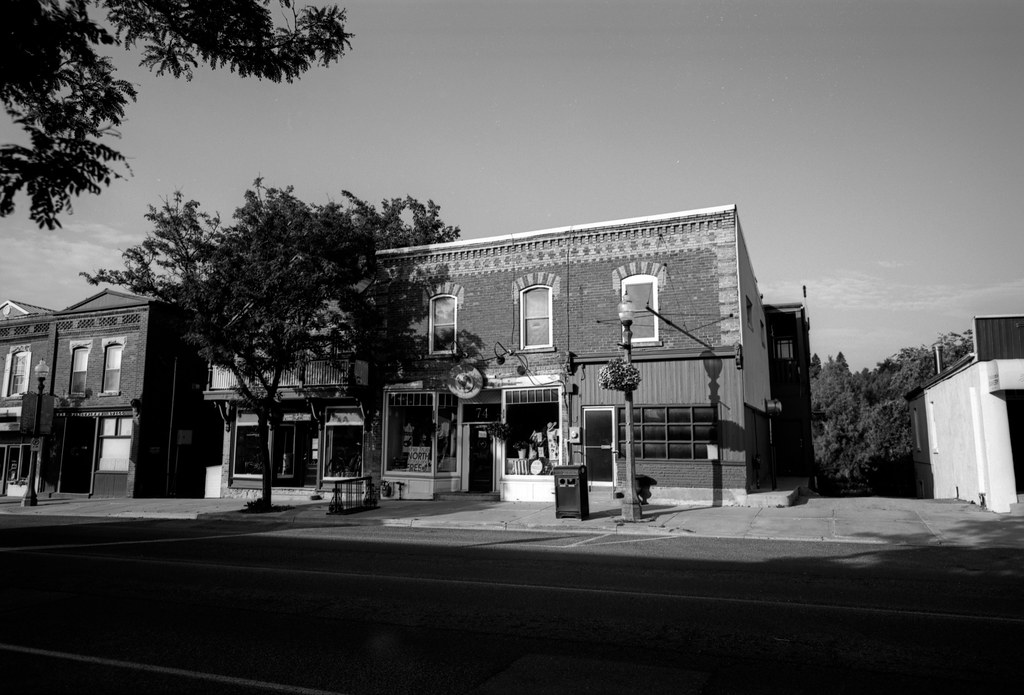 Roll 02 – Rodinal
I don’t know what happened here, I’ve lost my highlights and my shadows (further thinking the film is not sensitive to green), overall the film has an over-developed look. Though the rebate markings are clear. And with me shooting my Nikon F5 I know it can’t be the meter. What I will however assume is the big problem is that the developer formula is for the older version of the film and just doesn’t work on the new version, unlike the Pyrocat experiment and the TMax formula. But the frames that did work are sharp, more B&W than scales of grey, and no grain at all. But not my first choice for future use (if I use the film again). I might consider trying a stand develop in Rodinal. 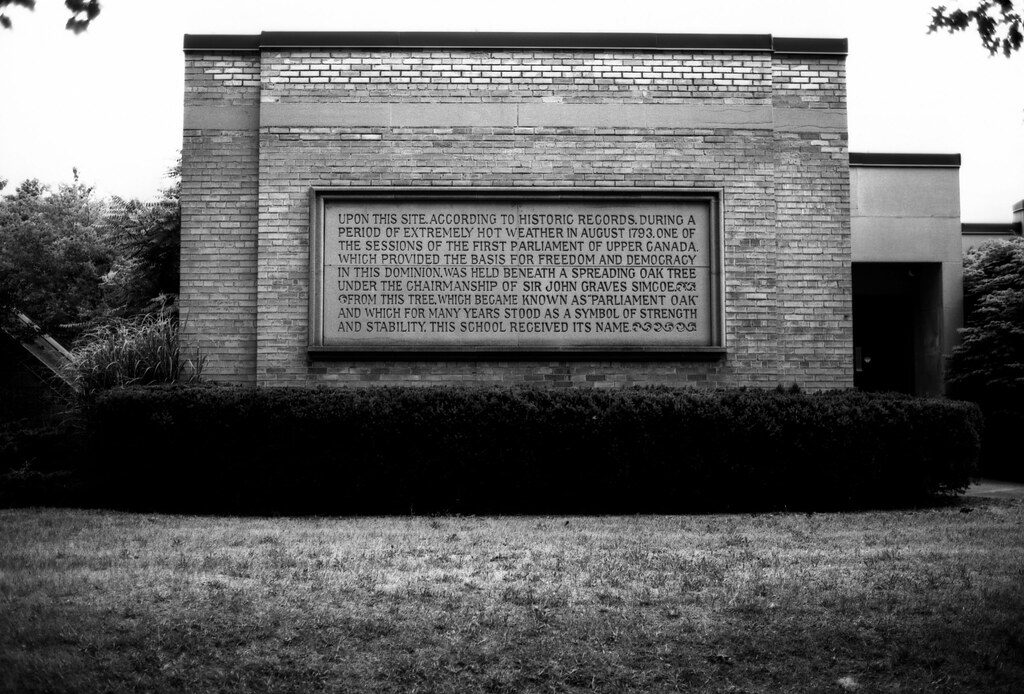 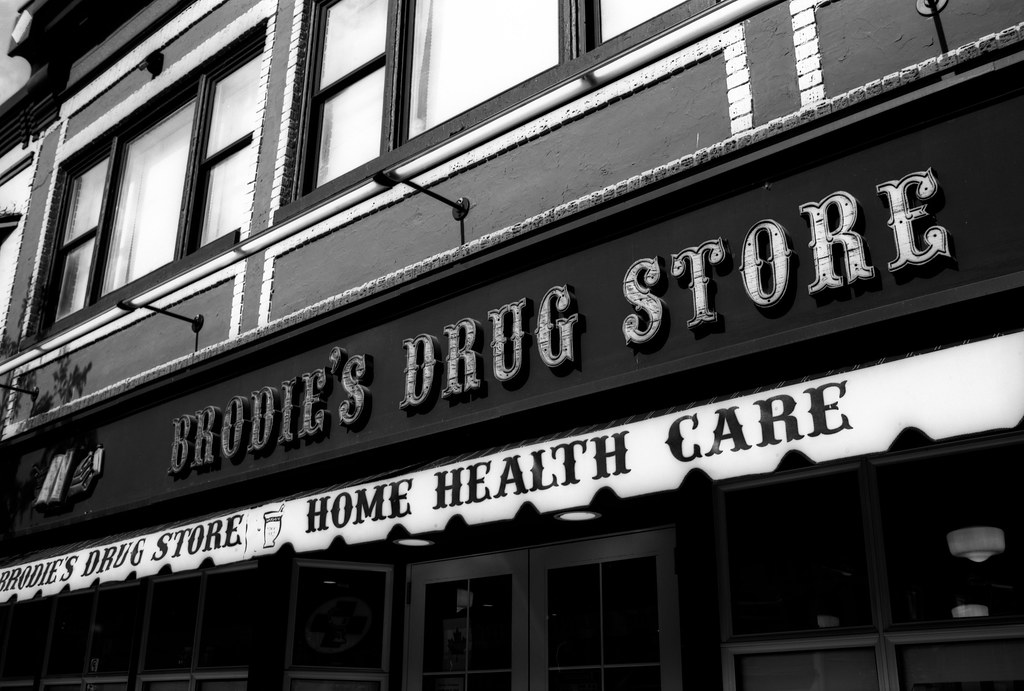 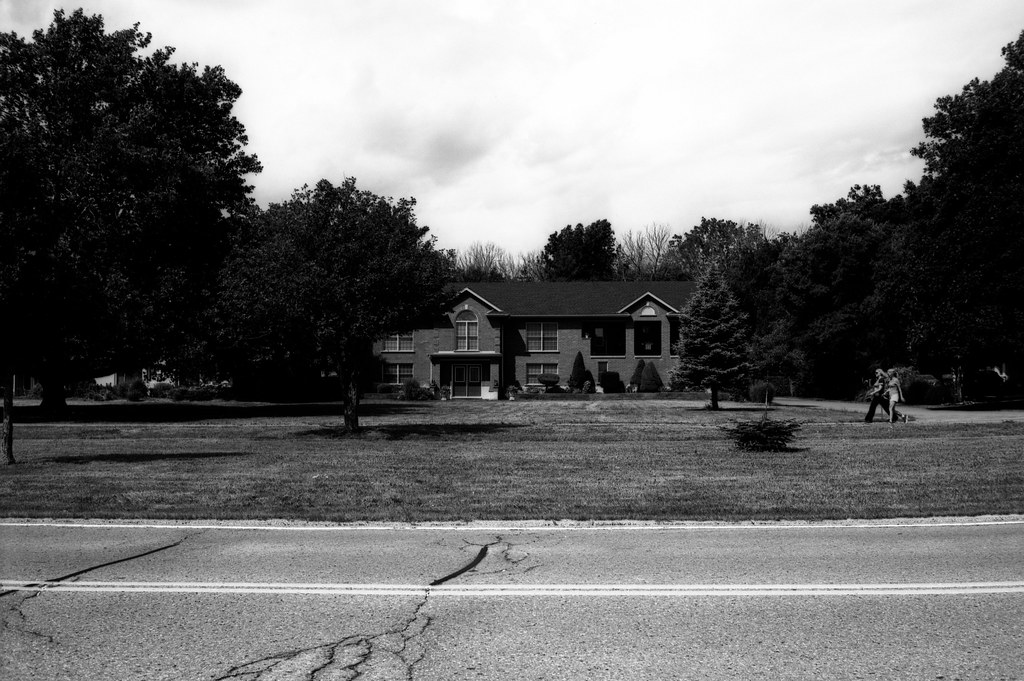 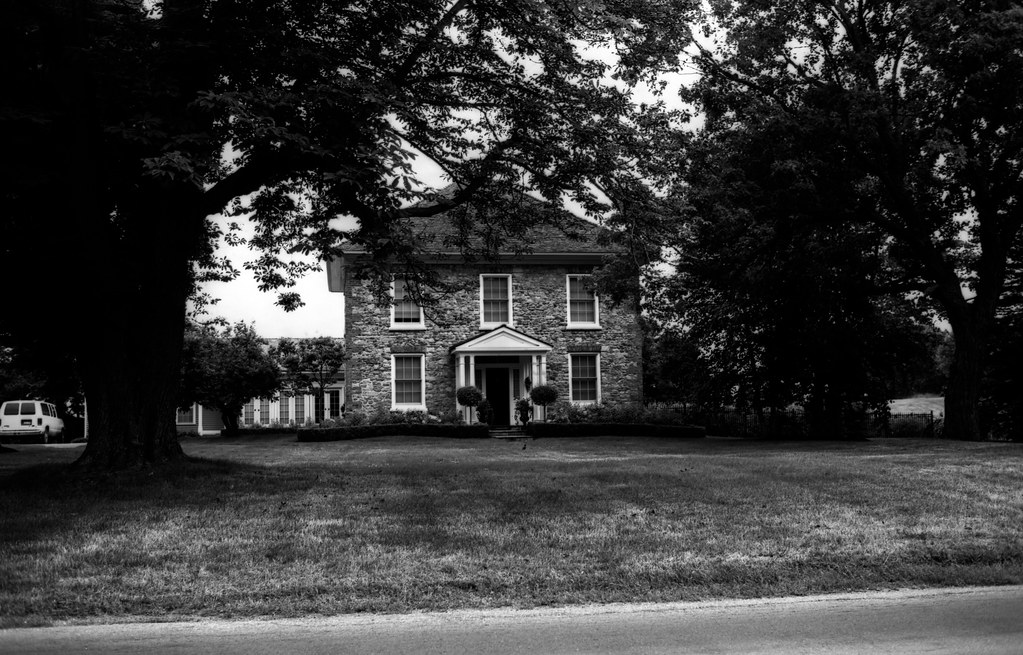 Roll 03 – Kodak TMax Developer
I honestly was rather surprised when I first pulled the film out of the tank and saw these beautiful images, and even more so when I actually scanned them into the computer. For a film that warns against using any other developer but the specific one for it, I usually have a bit of trepidation when developing. But wow, just wow, the film responds beautifully to Kodak TMax Developer and considering there’s no filter you get that rich darkened sky along with bright whites and deep blacks and everything in-between, oh and no grain. 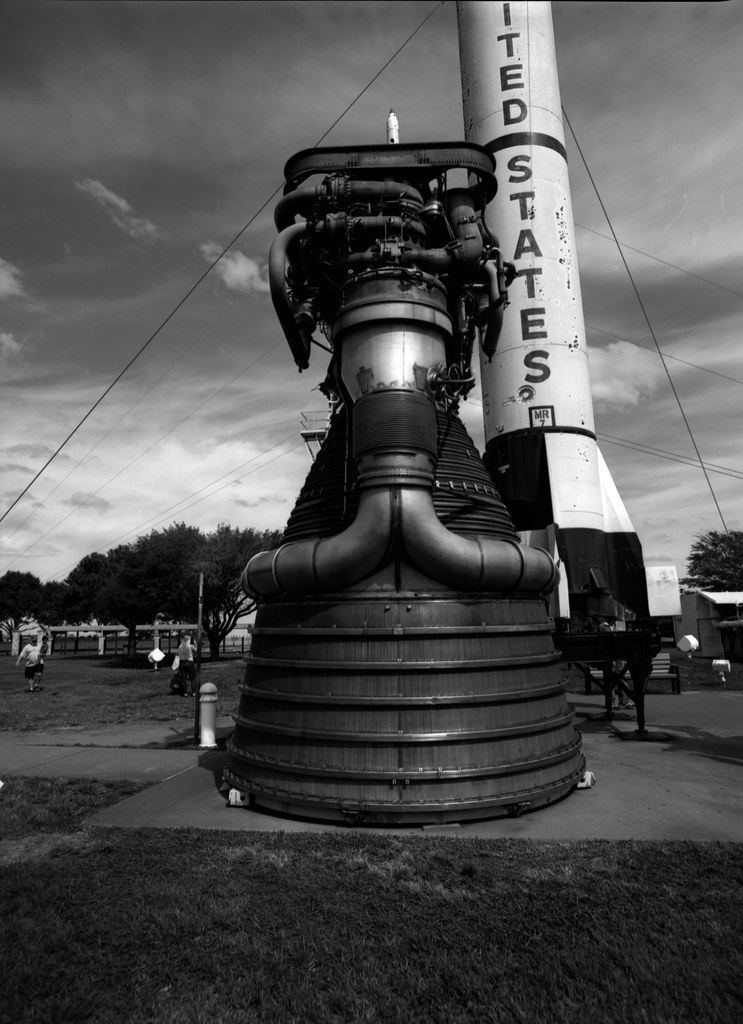 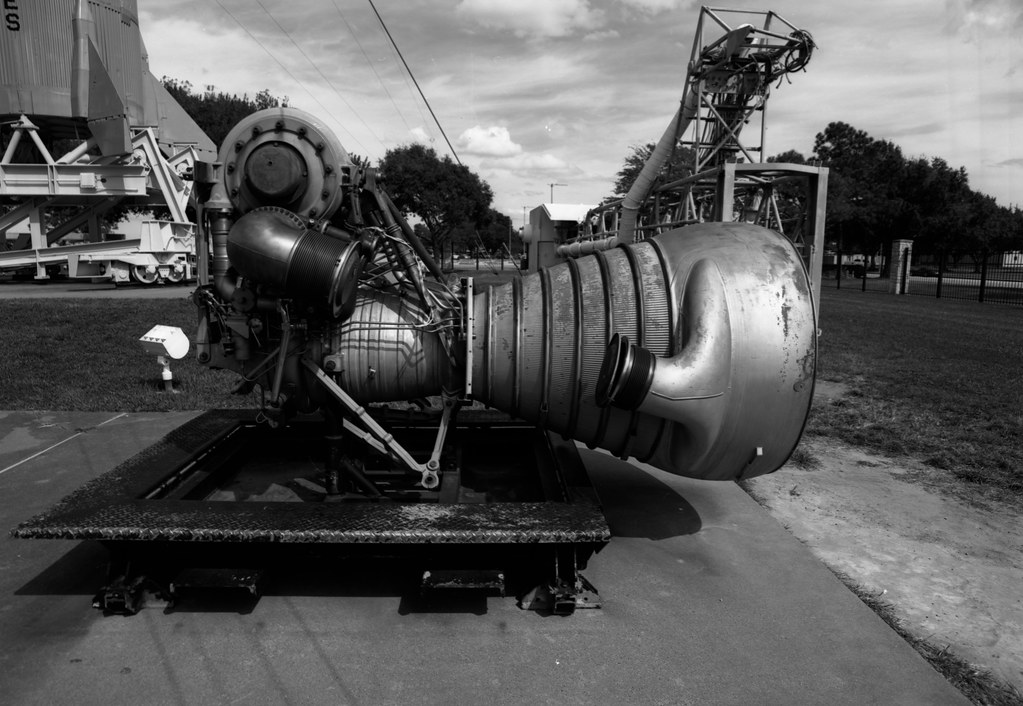 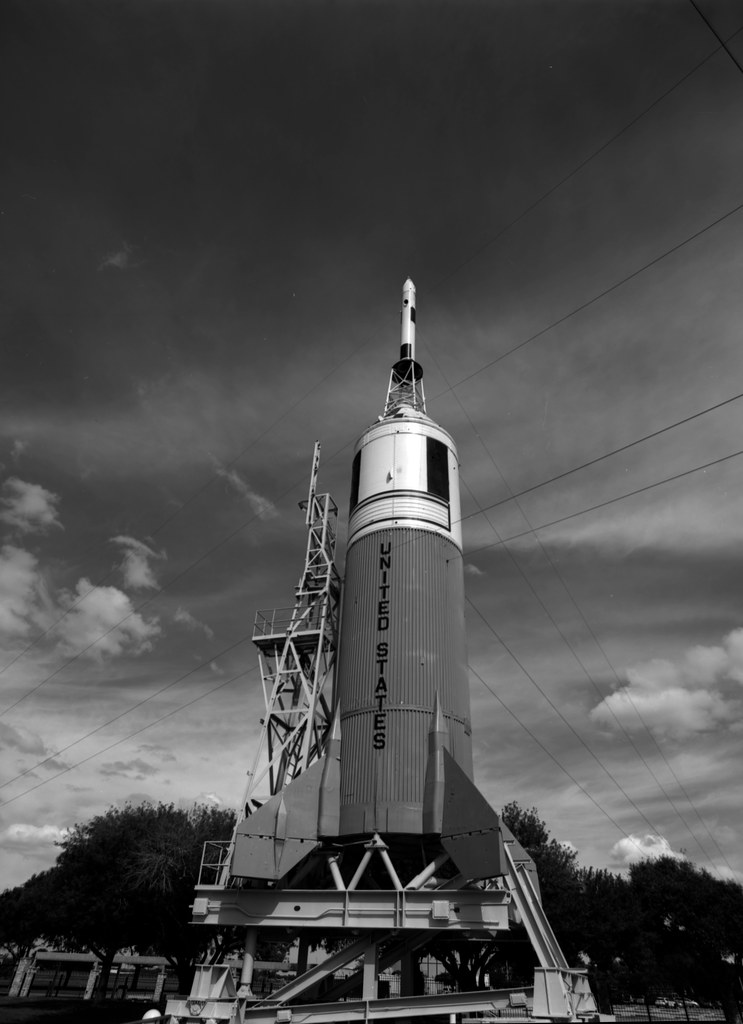 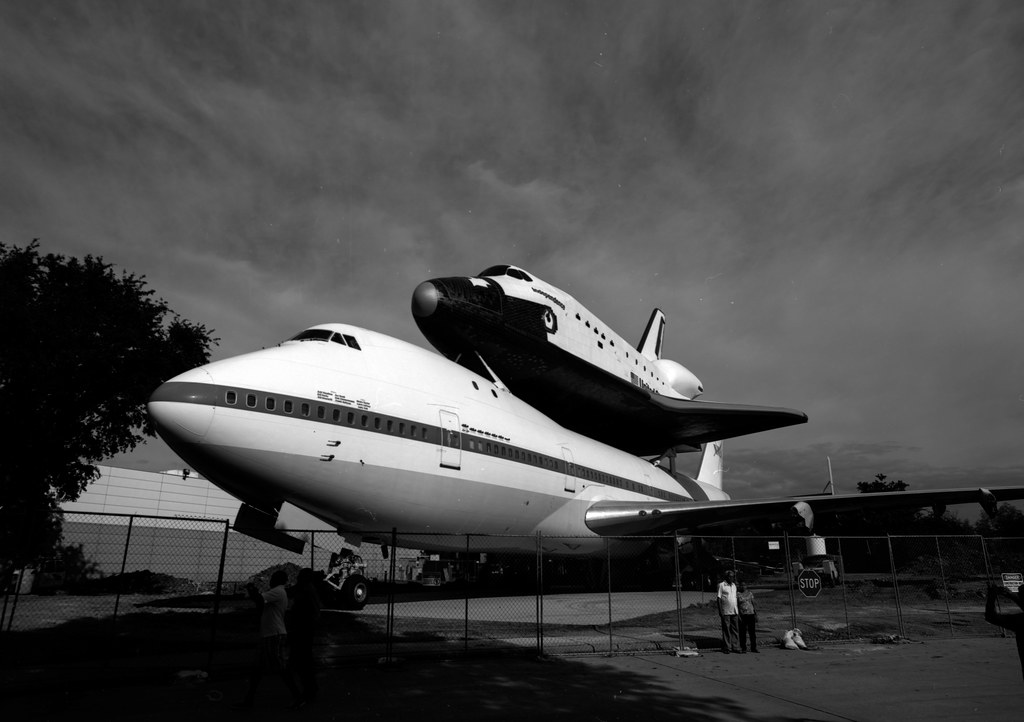 Roll 04 – Pyrocat-HD
I’m going to say this right off the bat, this was a complete experiment. The time I based this on was for the original CMS 20 film, not the CMS 20 II and the time was for PMK Pyro, not Pyrocat-HD. But having done some reading, I found that Pyrocat-HD will reduce developing times by 30%, so I left the speed at ASA-12 and cut the developing time for 9 minutes from 10. Did it work, well sort of, the results were as the Massive Dev Chart reminded me, High Contrast. Some images were too far gone to even used, but I was able to pull some images out. As for those images, I feel that they are rather under-exposed, not underdeveloped as the rebate marks are clear. I think the CPOL filter may have something to do with that. But the images I could pull out with the scanner and Photoshop, the combination is amazing, all I can really say is that the images are smooth. 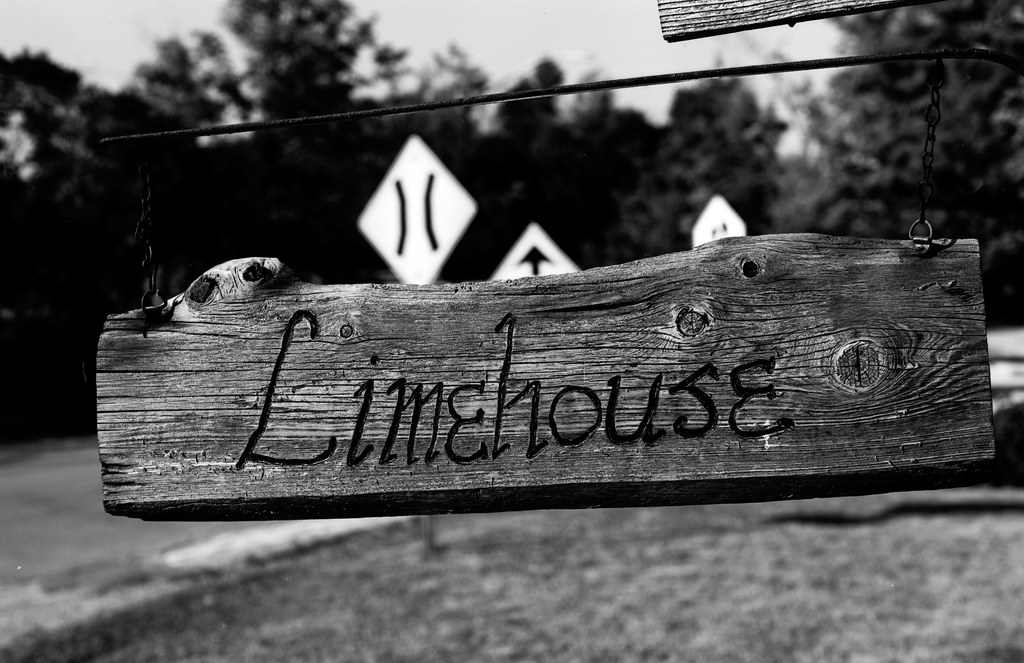 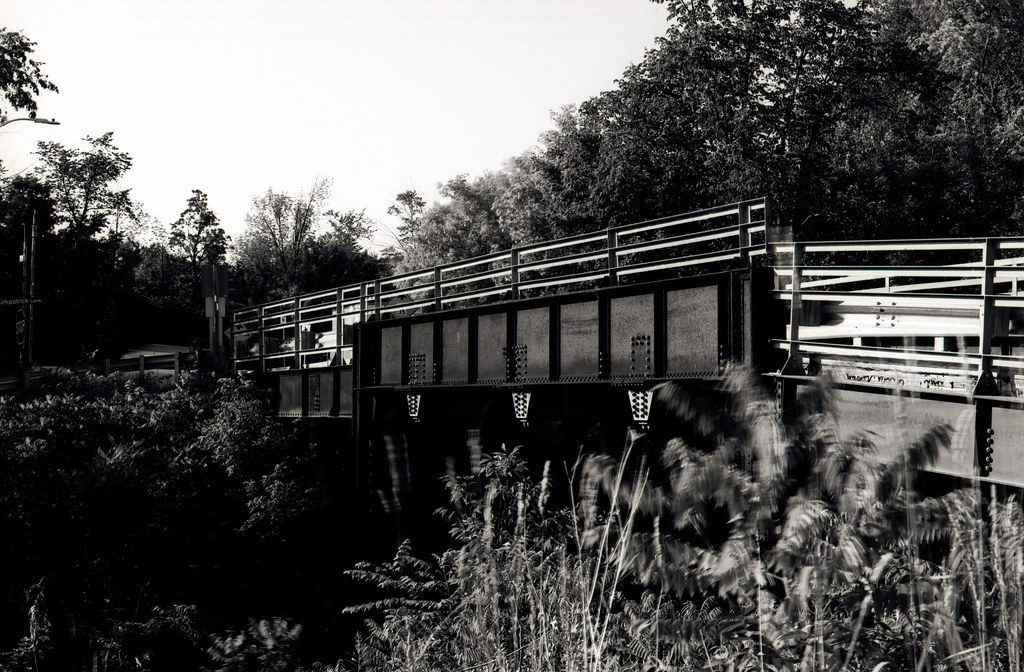 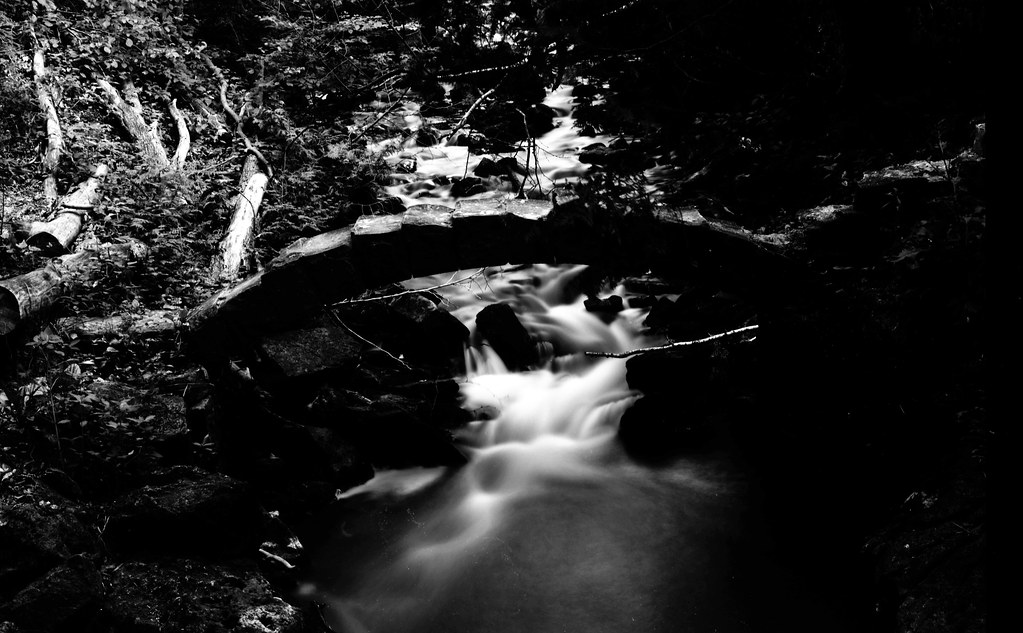 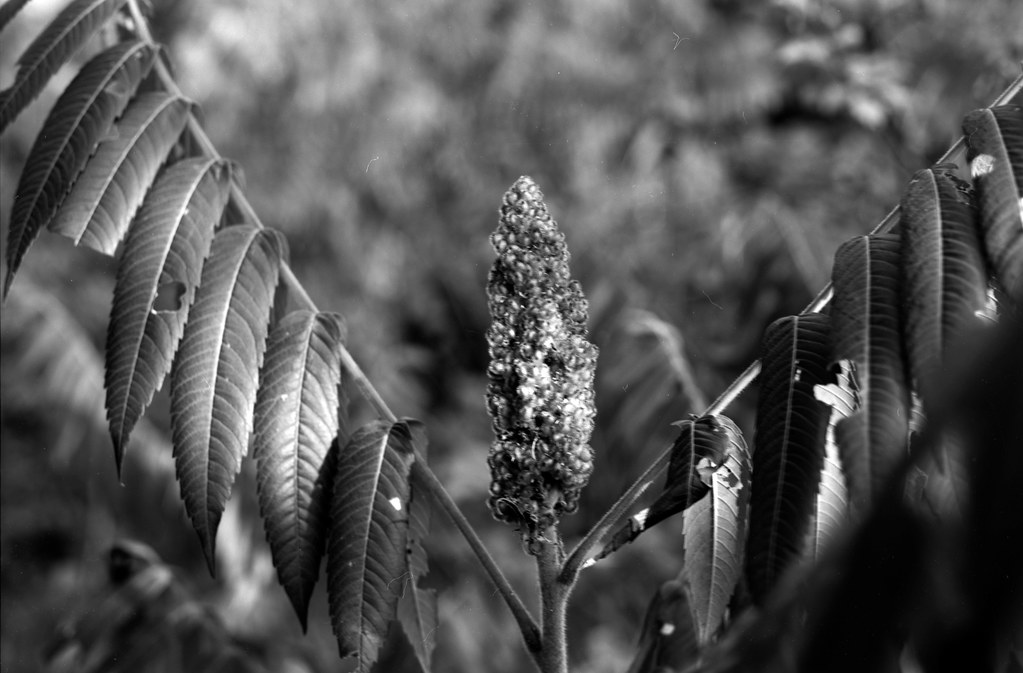 Final Thoughts
So did I give the film a fair shake by not going with a roll developed in Adotech? I checked through Flickr and honestly, I cannot tell the difference between the traditional developers and Adotech. If anything there might be more resolution, but in the end does that matter? Either way, the film itself is pricey, the developer is pricey and not worth the effort there are plenty of other fine-grained, sharp, high-resolution films out there that you can develop fair easier in traditional developers. Now the following observations could be due to the traditional developers, but I feel the film has two noticeable behaviours, the first is that CMS 20 II, like Streetpan 400 loves light, it needs direct bright light to really show off, the second is I think the film can’t see green all too well, my foliage was almost always coming out dark. If you want something different, then go ahead with CMS 20 II, but for me, I’ll stick to the usual.