I remember the first time I encountered a box of Panatomic-X and seeing the film seep of ASA-32, my mind was blown. I had never seen a film slower than ASA-50 (Pan F+). And then I sent it off to the lab to develop it and was even more amazed at the results. Panatomic-X is a fine-grained general purpose film and it seems the slowest of the X-Series of films (Plus-X, Tri-X, Double-X). And what a film Panatomic-X is, while some are hung up on Plus-X, which is itself an amazing film, I’m more a slow film junkie and enjoy Panatomic-X far more than Plus-X. Plus, it has an awesome name, I mean Atomic, you can’t get any better than this! 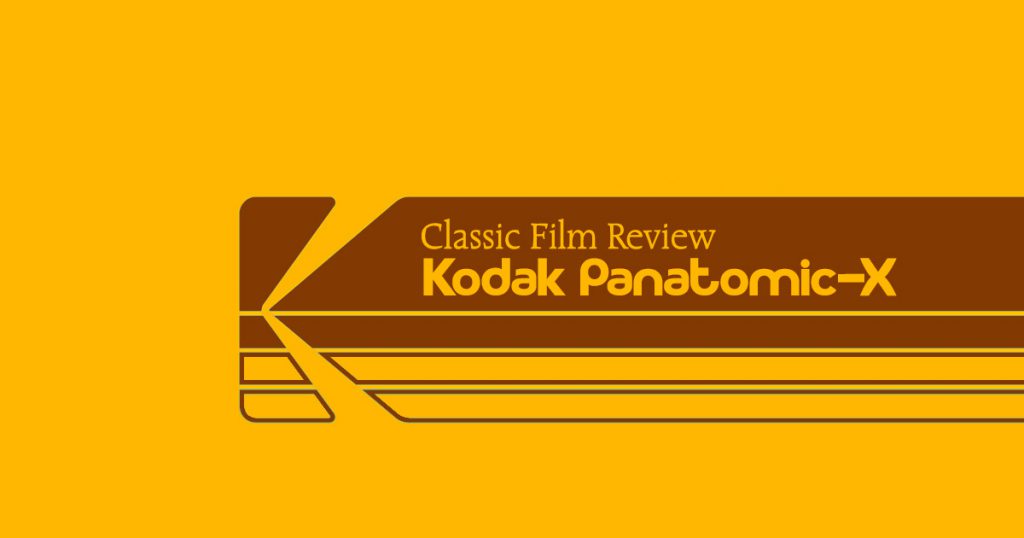 Roll 01 – Kodak D-76
Nothing like a classic film in a classic developer. And while I wanted to do the initial roll review in D-23 rather than D-76, I needed to make sure the timing on the D-76 was correct off an original box chart before I calculated. First off, Panatomic-X is already sharp and fine-grained so there’s really nothing you can do to the film to make it appear grainy. And that certainly comes across with D-76, everything is near perfect, the contrast is low, but you get an amazing tonality across the range. You even get your whites and blacks still present. Zero grain in any of the images, certainly a great choice for this film. 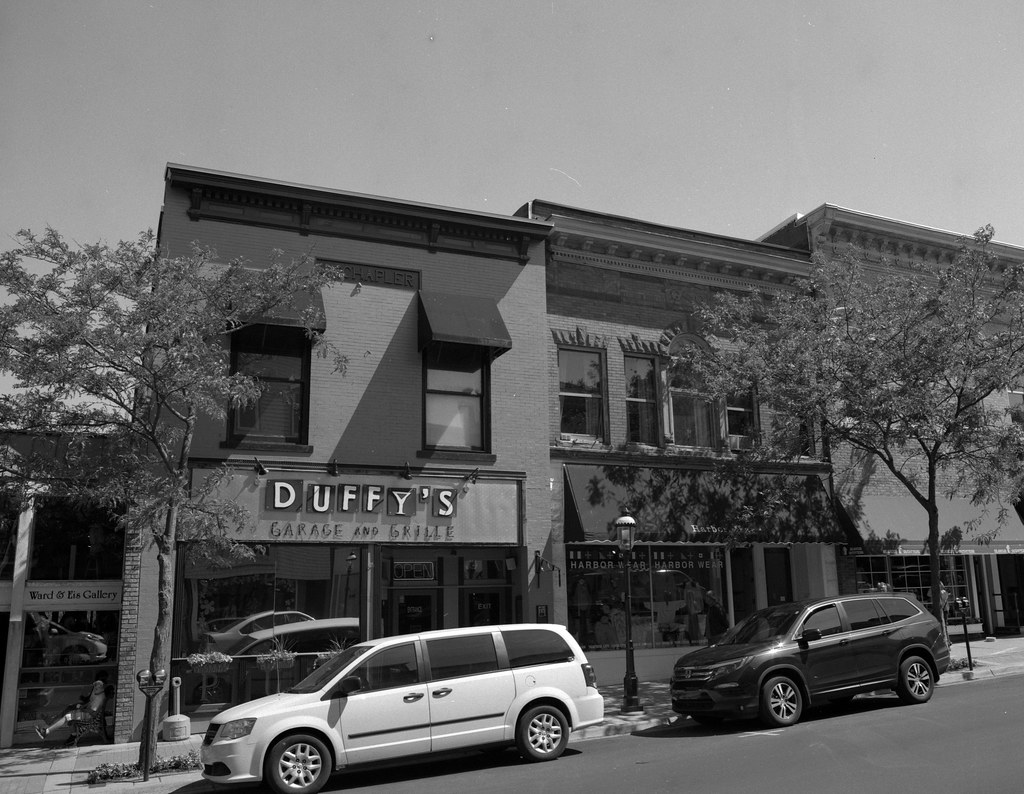 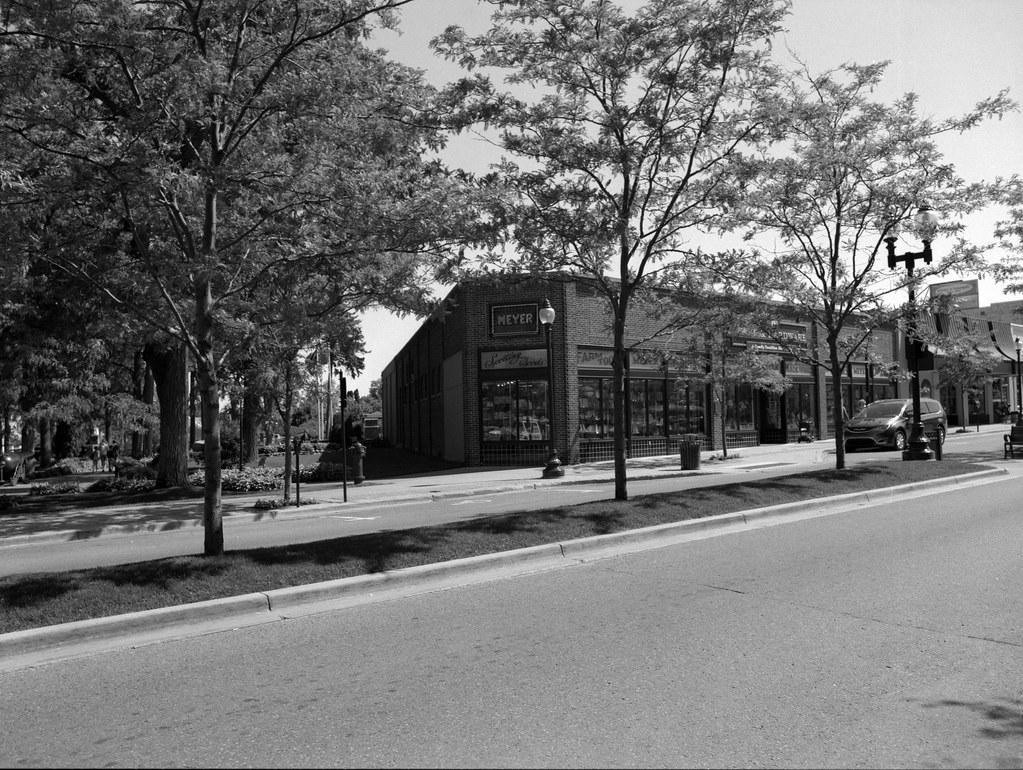 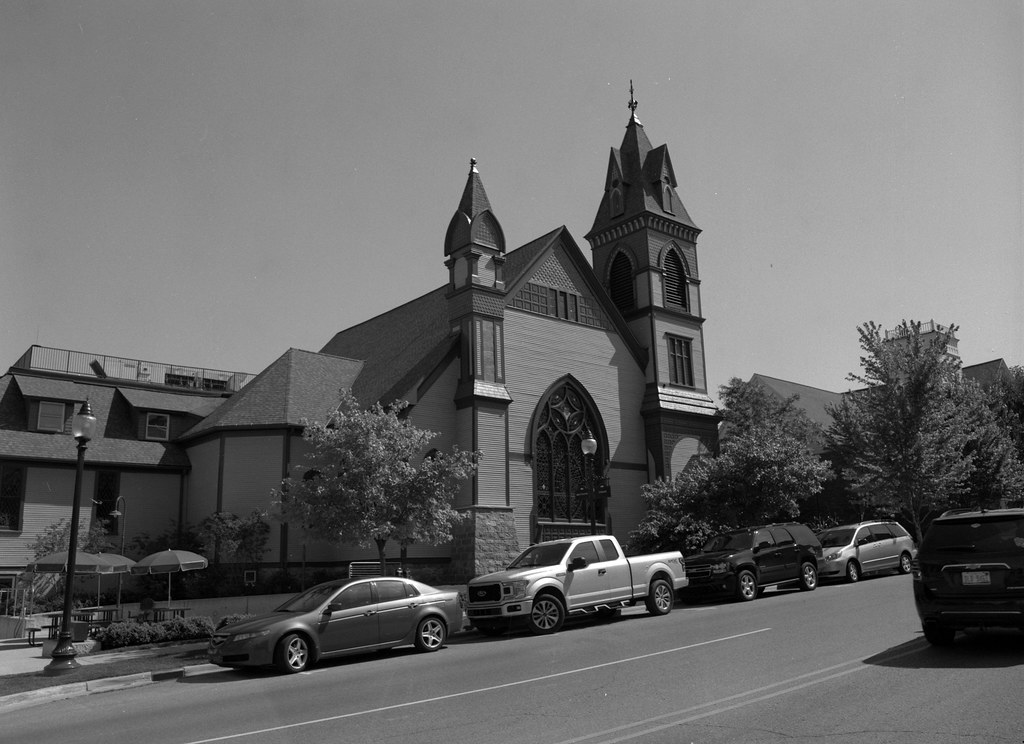 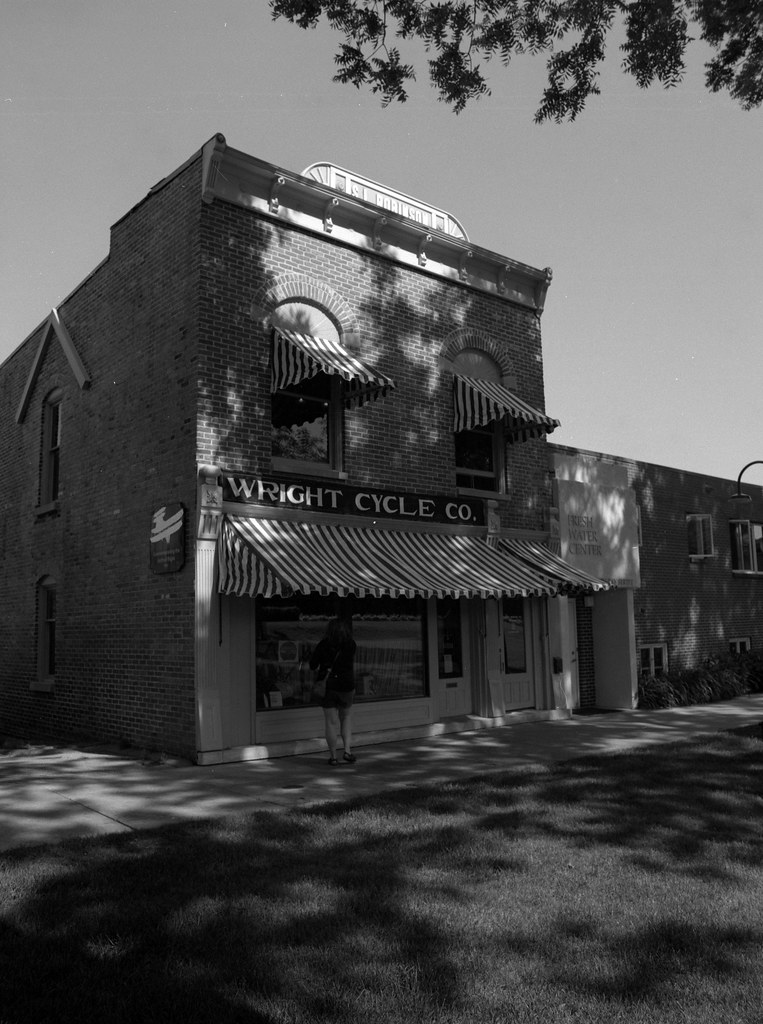 Roll 02 – Rodinal
What better way to test out a slow, fine-grained film than with a sharp developer. Now, on the original sheets that I have for Panatomic-X one thing, it doesn’t give me is a time and dilution for Rodinal, it’s only for Kodak developers. This fact doesn’t surprise me, but when it comes to the Internet you do have to take what you find with a grain of salt. But when using Flickr I can always see how a film and developer combination works and you know, it works out rather well! Despite the slow speed, you do still have a grain pattern, but that could be due to age, but you have a sharp image, a low contrast, but amazing tones across the spectrum and yet you still get clean whites and deep blacks. 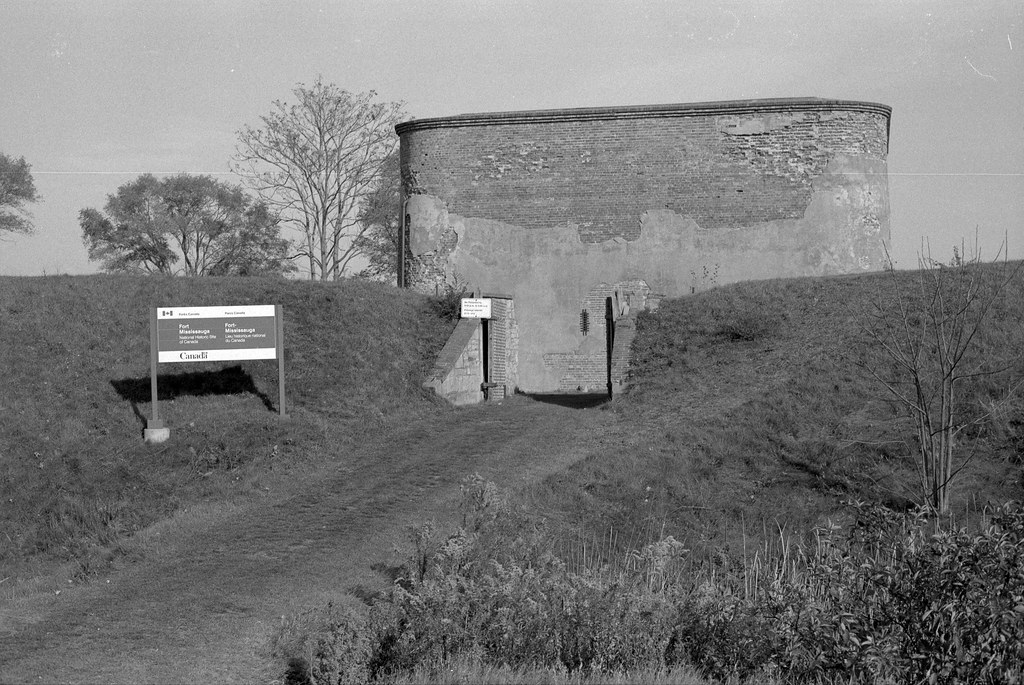 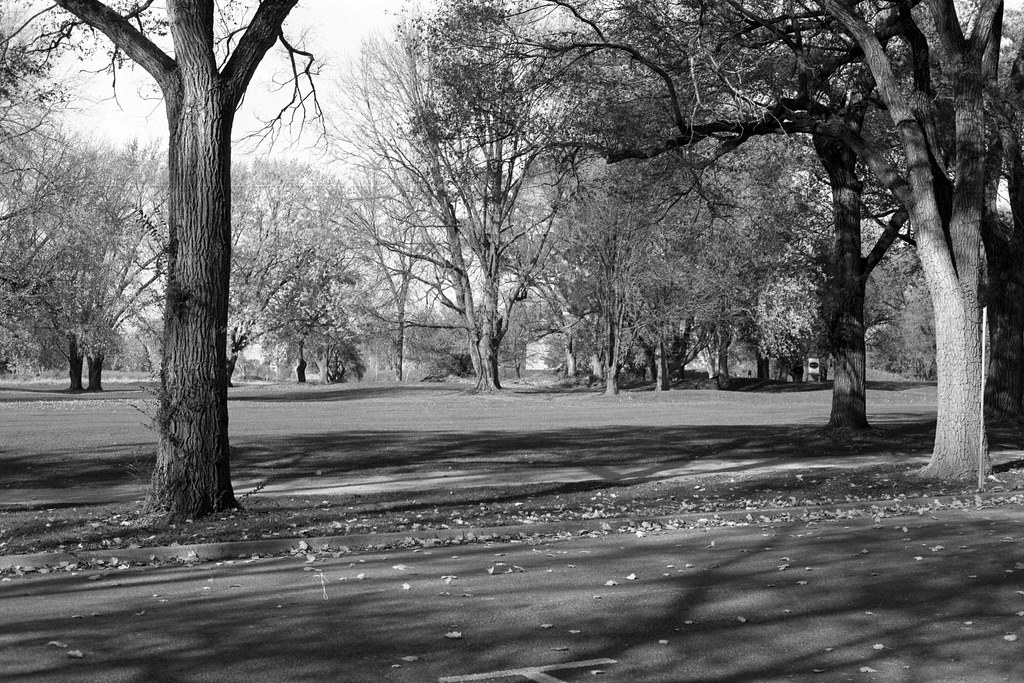 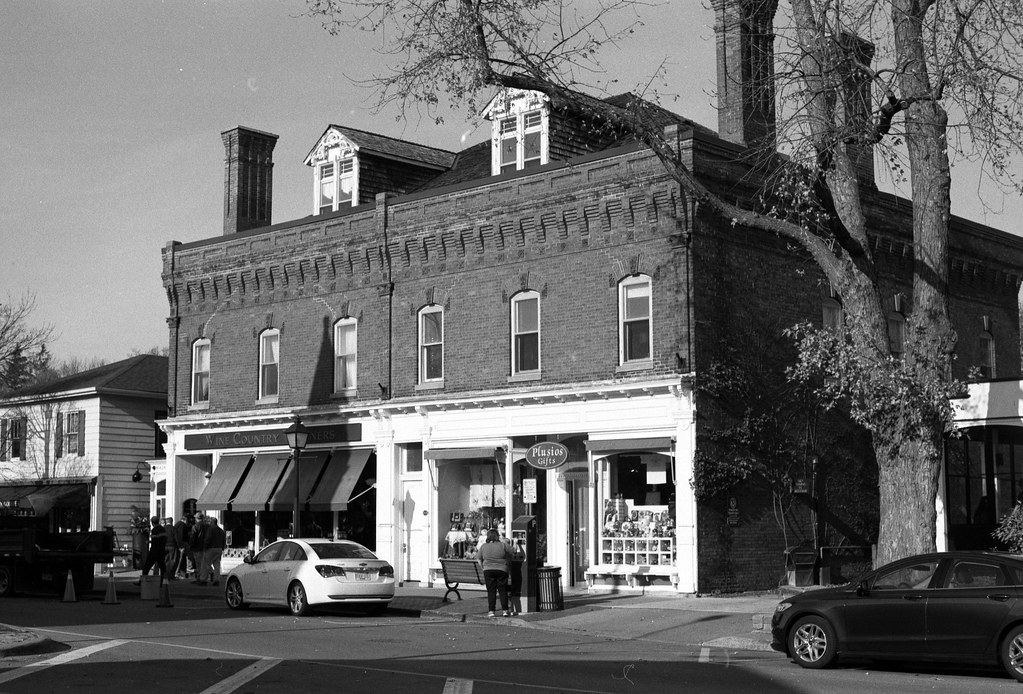 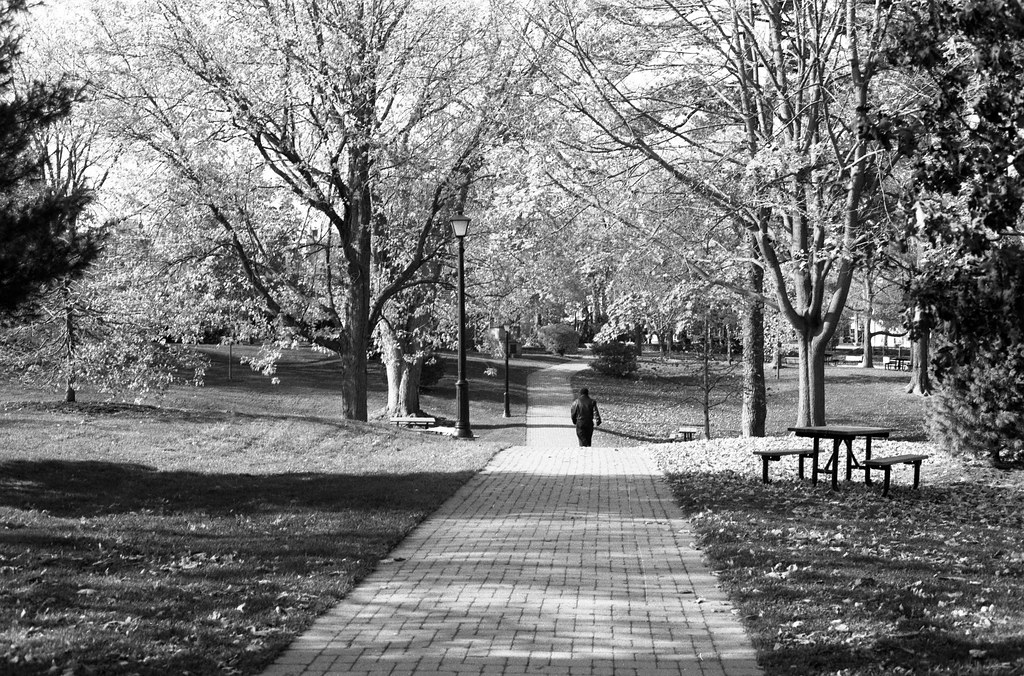 Roll 03 – Kodak Xtol
The very first developer combination I found for Panatomic-X was Xtol, now I used to use Xtol a lot but since moving into a smaller space I don’t have room to keep a 5L Jerry Can of Xtol sitting about. But honestly this is my personal favourite for this film, despite it being a classic film, this modern developer works well by showing off the fine grain of the film even more yet maintaining a sharp image. Not to mention you have that wide rich tones, and a little bit more contrast than with Rodinal even! 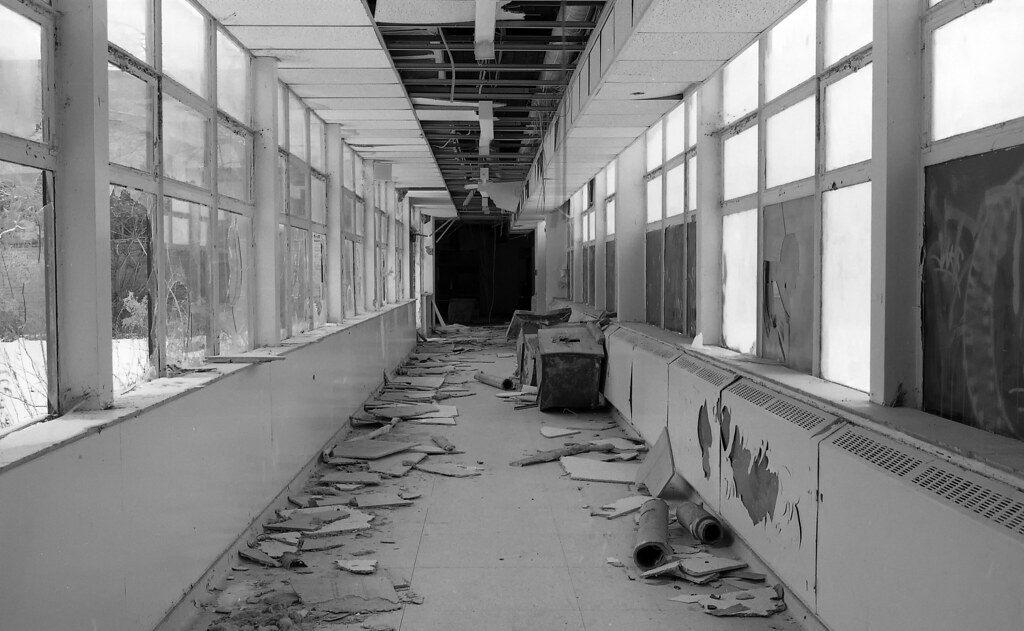 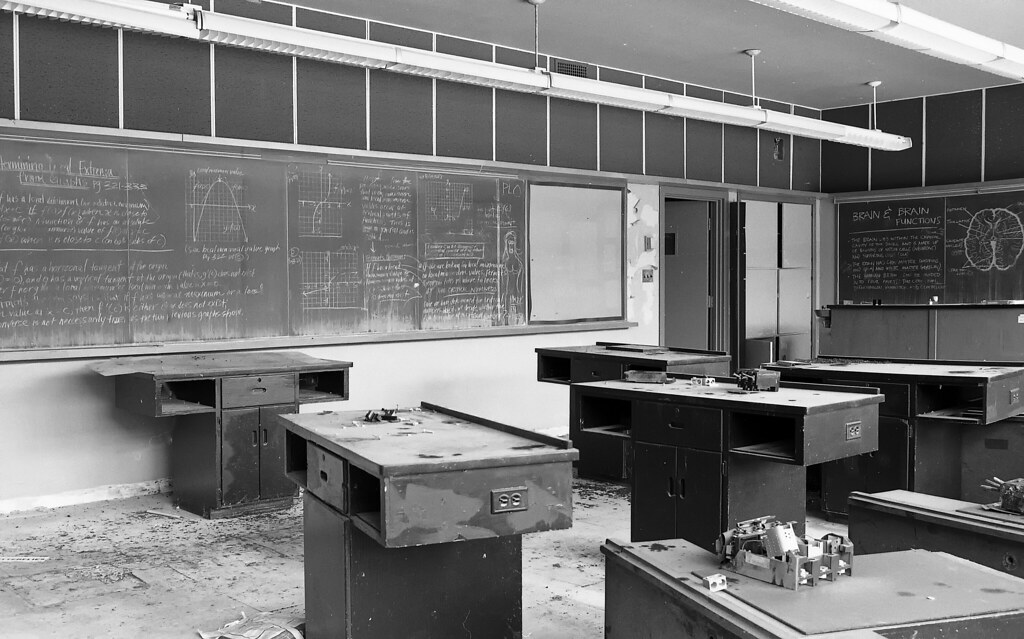 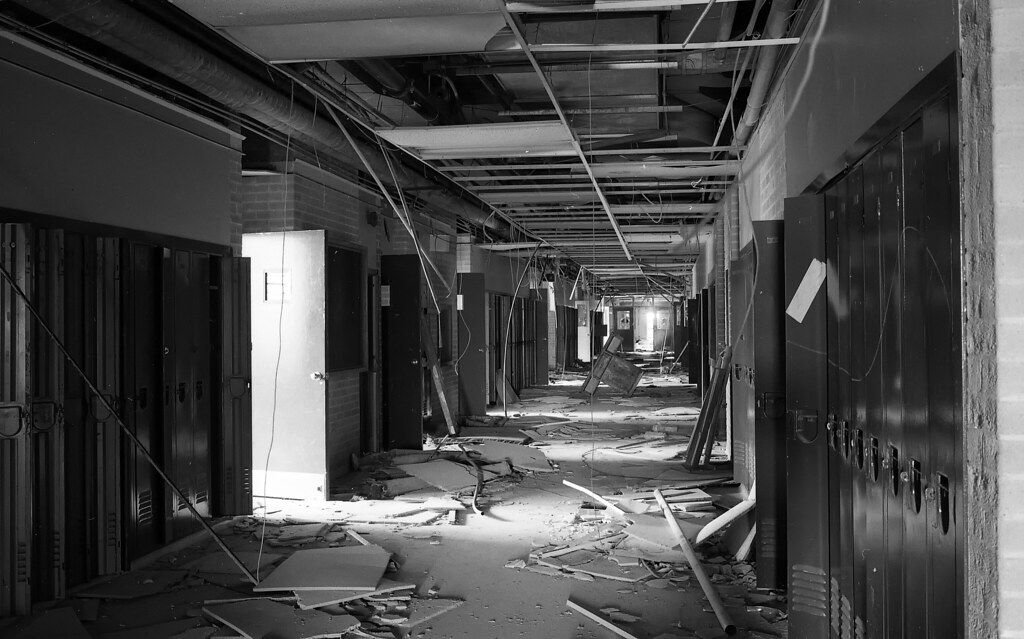 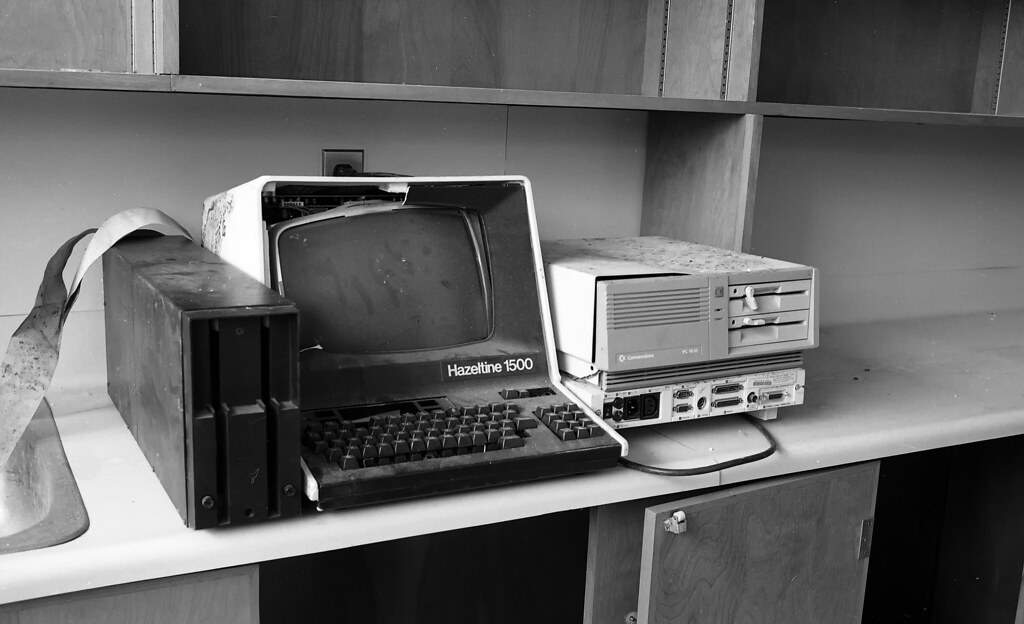 Roll 04 – Kodak HC-110
Like many other films from Kodak, the original datasheets called for a 4.5-minute development in HC-110 Dilution B, now I generally avoid times less than five minutes these days. Rather I turned to an unofficial dilution (Dilution H or 1+63) and doubled the development times. And the results speak for themselves, beautiful tones, the contrast you’re used to with Panatomic-X, and fine grain while maintaining a level of sharpness. I honestly was blown away by the quality of these images certainly a worthy options. I may just try this on my (current) last roll of Panatomic-X in Medium Format. 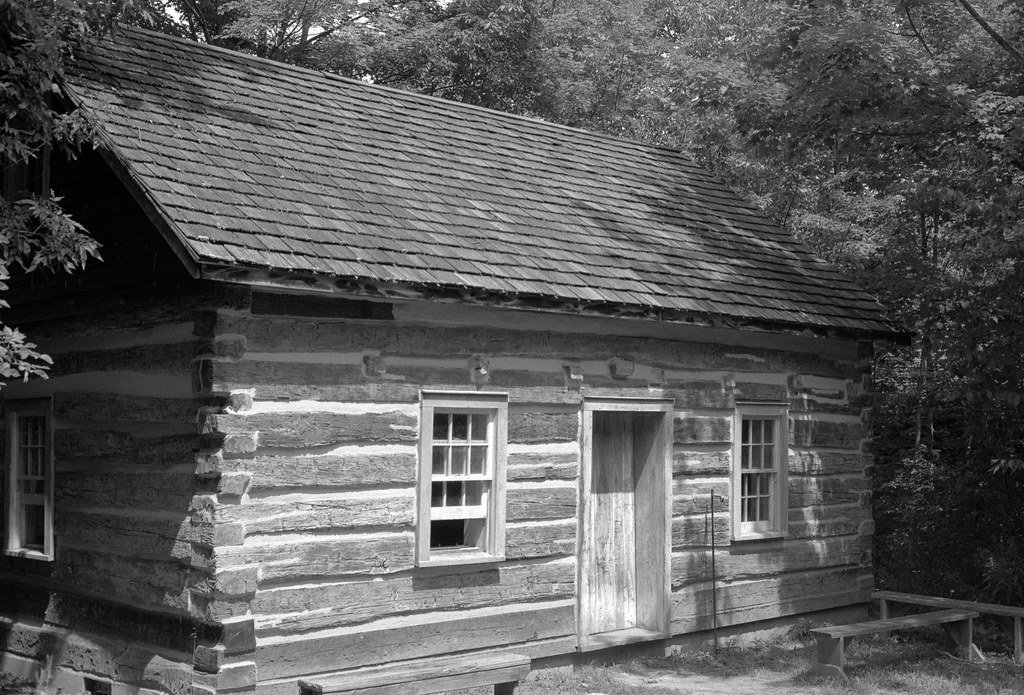 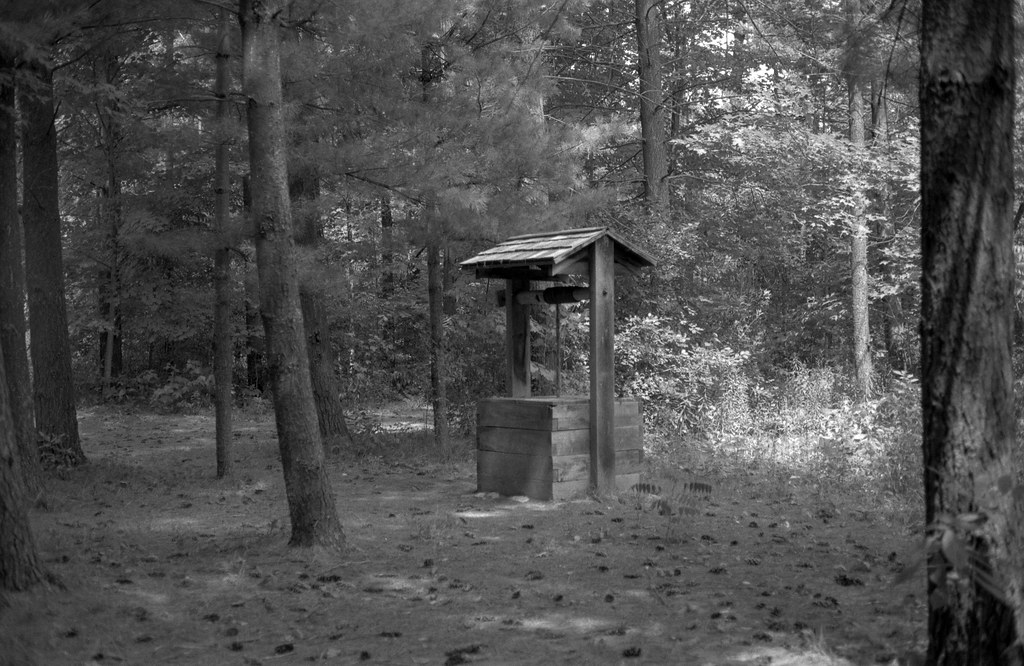 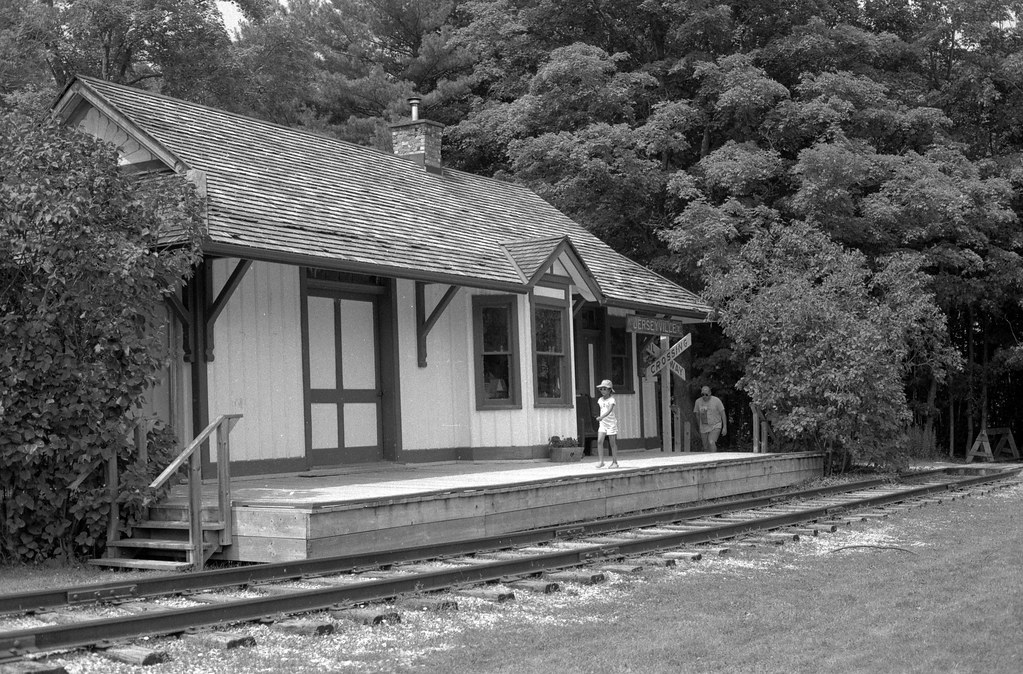 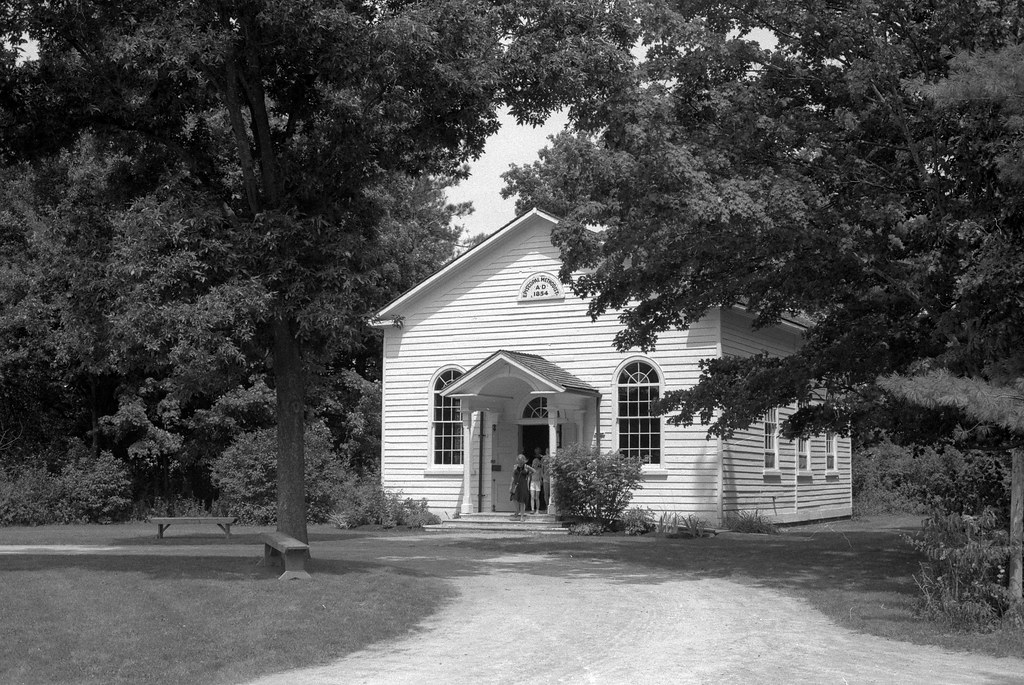 Final Thoughts
There’s always that game of Russian Roulette when working with expired film stocks, and while it’s impossible to get fresh, even short dated Panatomic-X films these days, what you can find will still work! Most of the stocks I’ve worked with have expired between the late 1970s through to the early 1990s and even without pulling the film due to age I get consistent results. This is due to the slow speed of the film, thus making it far more stable than anything above ASA-200 or up. Of course, I also make sure I purchase the expired film off reputable sellers, such as Abraham Vinegar or the Film Photography Project, or trading with trusted friends. But if you find well stored Panatomic-X, it’s worth the coin to purchase the film. I have yet to find a box of the stuff in 4×5 but if I ever do find it, I’ll be a rather happy photographer!