When it comes to Fuji I have had some experience with their equipment, from the Texas Leica to the beast of the GX680iii. However, I have never tried one of their 35mm options. And they have a few, the cult Klasse being among them. So when I went to look for something unique to review for number 101 and the first camera review of the new year, the ST605 came across my desk. At face value the Fujica is just another mechanical SLR from the 70s, I mean the look the styling. But in reality, the ST605 is a sleeper, an inexpensive SLR that takes inexpensive glass but can produce excellent results. 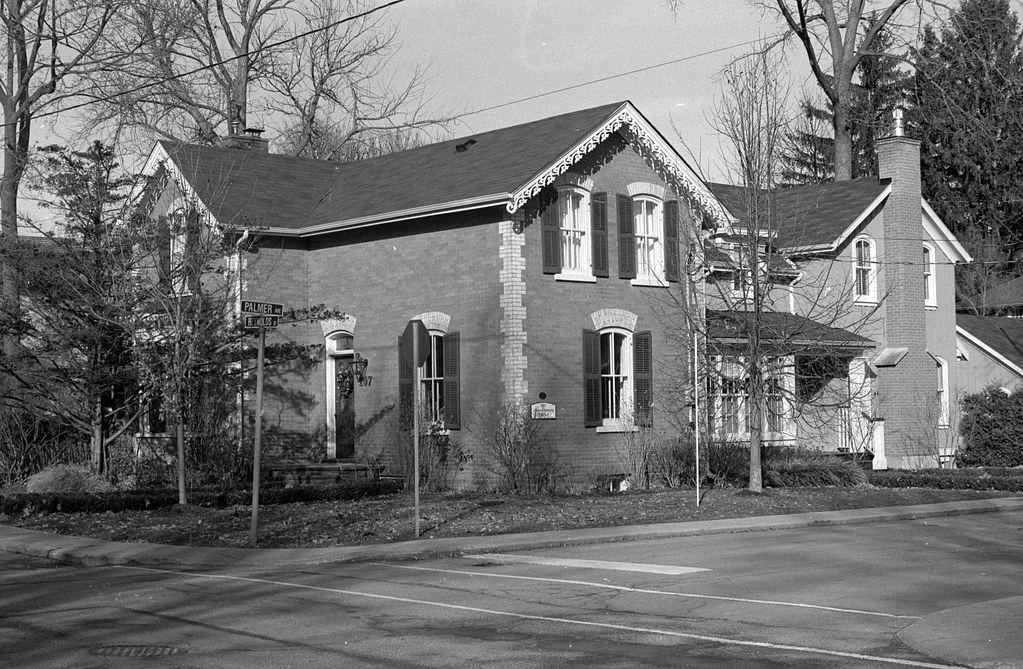 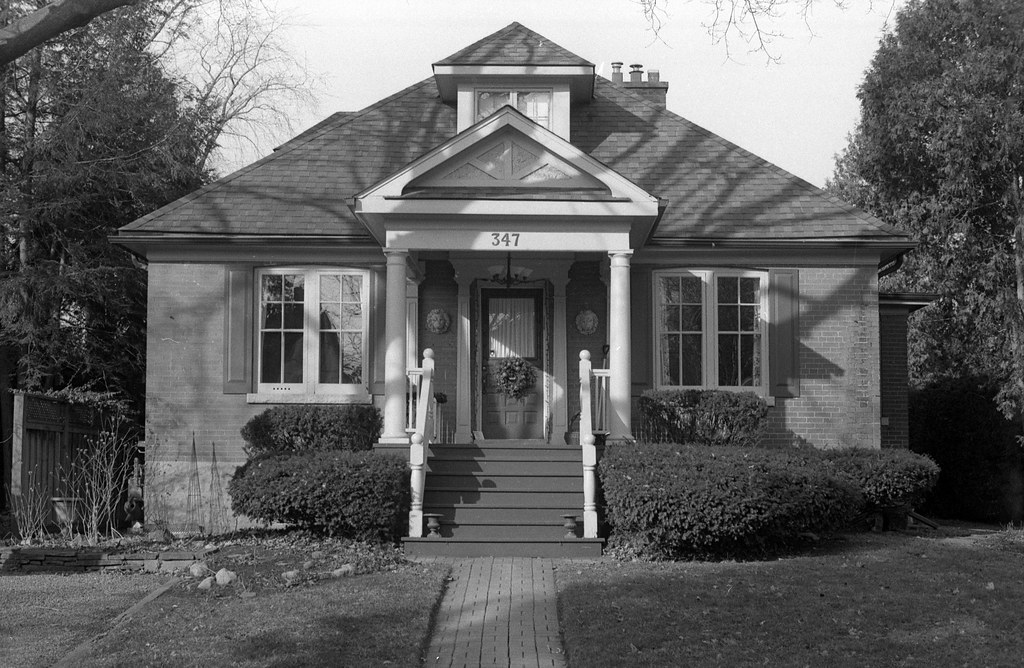 Camera Feel
When it comes to camera feel the ST605 feels halfway between a Minolta SR-T and an Olympus OM, as strange as that may sound. The camera body itself is far smaller than what you would expect on the face it’s the same as an OM-1 or 2, yet when you look at it from the top down it’s far thicker and has a weight to match what you’d find with a Minolta SR-T. Though not so heavy that you get tired after a half-hour of using it out in the field. The size does help especially in those winter months. Layout wise there’s little that one can mess up on design, everything is properly laid out and within grasp, the shutter speed dial is smaller than what I’d expect, but given how the film advance leaver folds in it does make sense. The viewfinder is not the biggest and brightest I’ve seen but in good light, it does a fantastic job and a K1000 style match-need is easy to read. The only trouble that I could see is that you cannot see the aperture or shutter speed settings in the window. This was at least partly fixed with the ST605n. 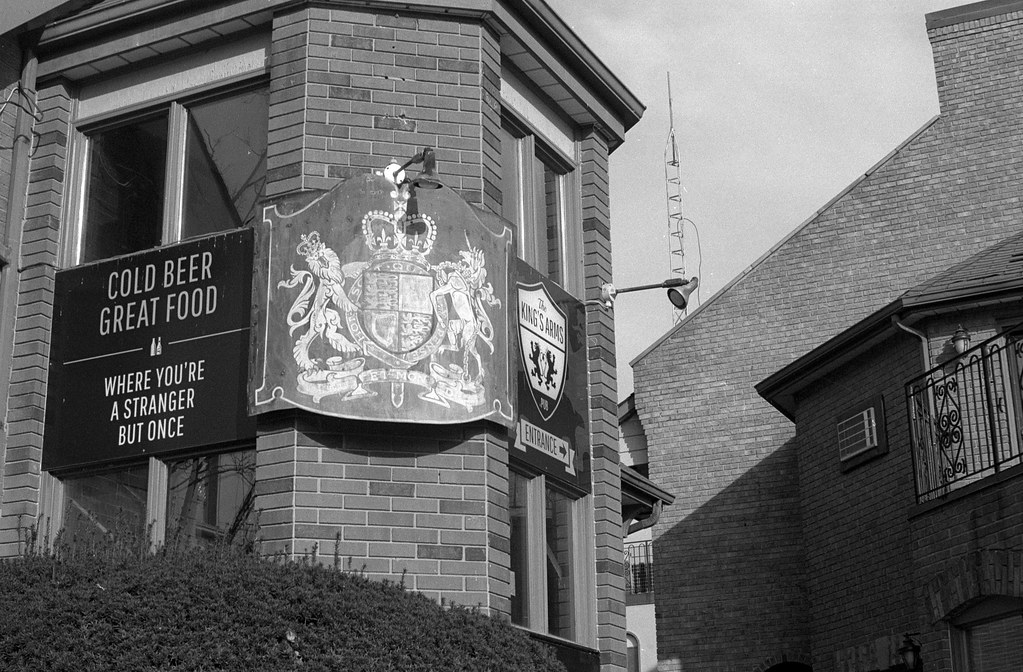 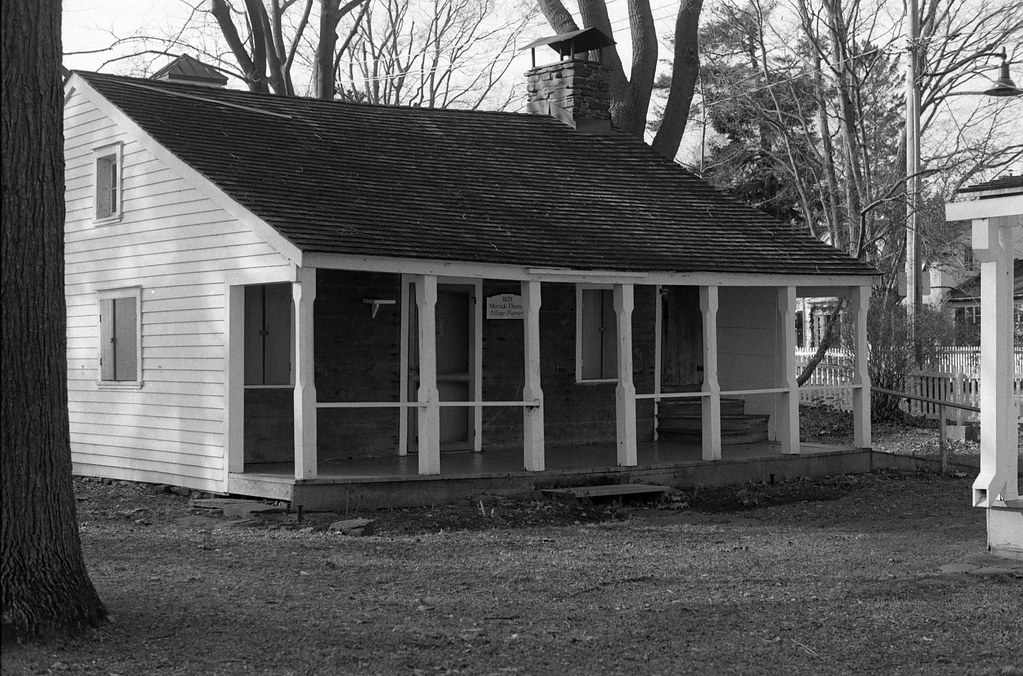 Camera Experience
I can honestly say the camera experience is wonderful, everything is easily accessed, even when shooting and while not having the aperture reading in the viewfinder, it didn’t matter as I was shooting with an external meter anyways if I was using the internal one it might be a bit more of a struggle. The focus was smooth and the split finder easy to line up and focus. The shutter has a solid mirror slap. There’s no mistaking that you’ve fired it off. However, I did find that the pull on the film advance a little too long when compared to the far shorter ones I have with the Nikon F2 for example. Another oddity is the maximum shutter speed of 1/700″ which would be handy when using the internal meter, but I tended to stick to the 1/500″ cap with my Gossen. 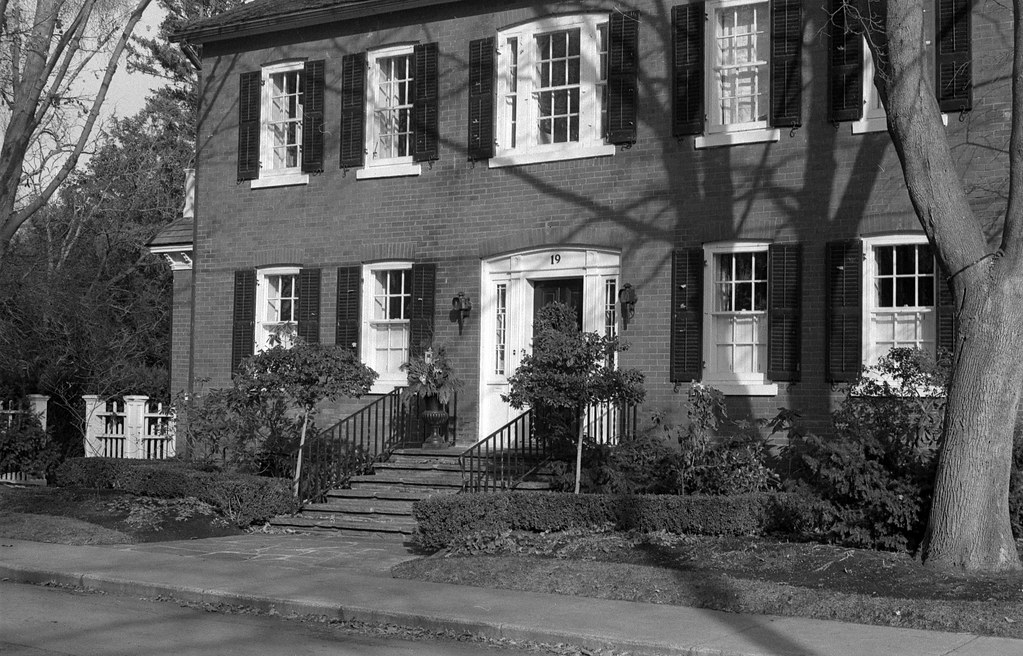 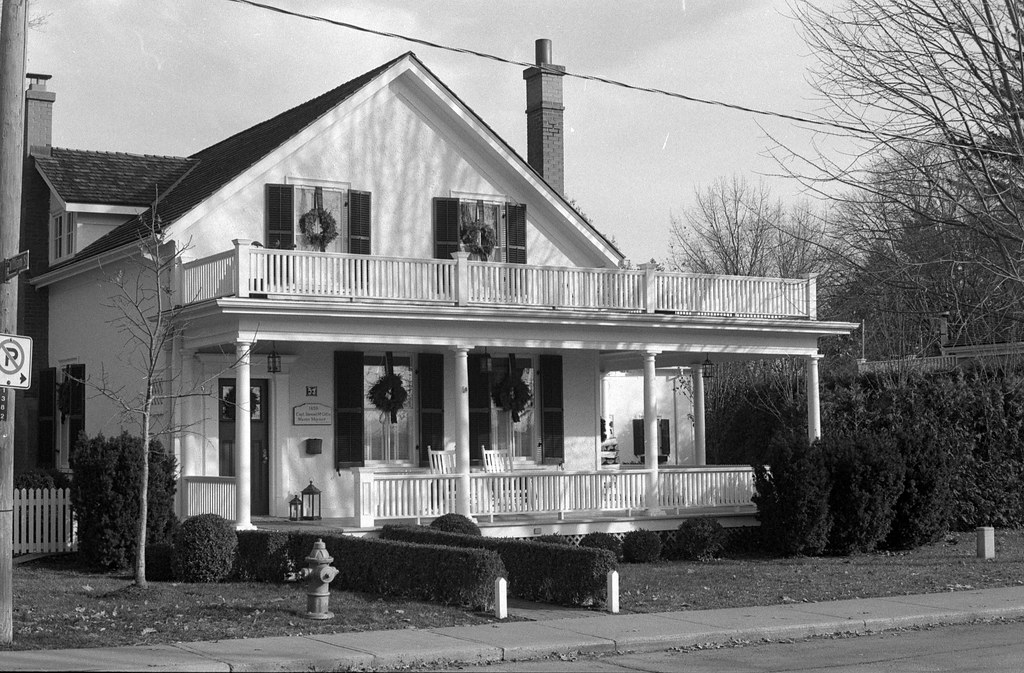 Optics
When it comes to the lens mount, Fuji did the right thing given the era the camera was made using the M42 mount, this allows for a lot (and I mean a lot) of lenses to be used with the camera. Fuji did produce several lenses for the camera and I am lucky to have gotten one such lens the 55mm f/2.2. However given the construction with the TTL metering, you could, in theory, use the beautiful Super-Takumar lenses, Carl Zeiss, Yashica, even Russian lenses (Helios!). Not to mention a plethora of other screw-mount glass that’s out there and like the camera, most M42 lenses can be had for a song! But when it comes to the Fujinon optics I used for those shots, despite the weird max aperture (f/2.2) the images came out sharp, but no surprise as I’ve had nothing but good results from all the Fuji optics I’ve shot. 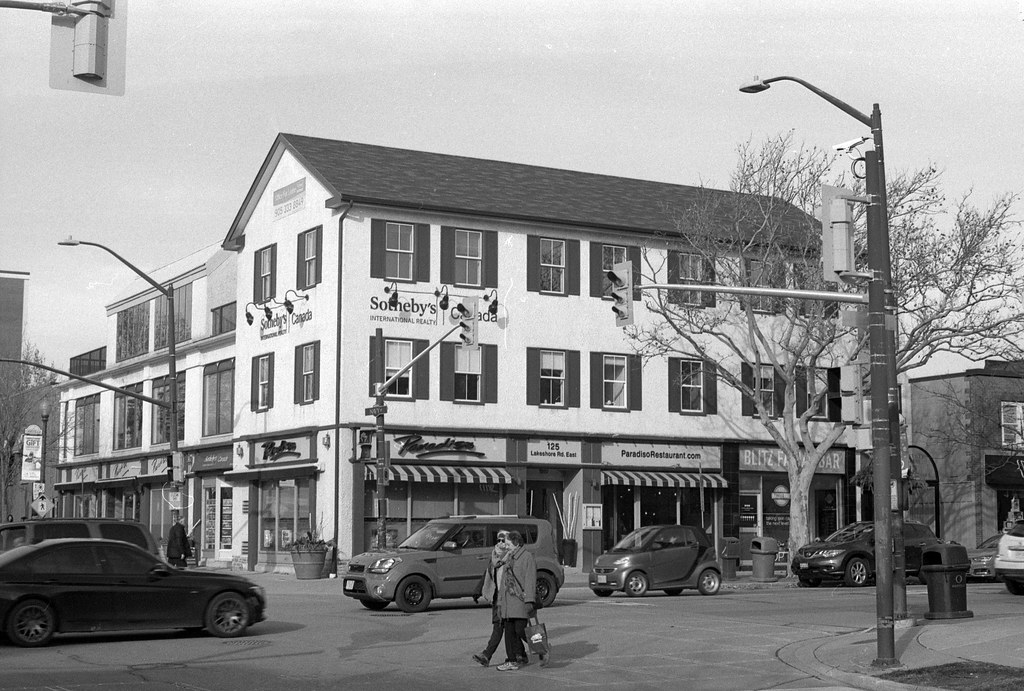 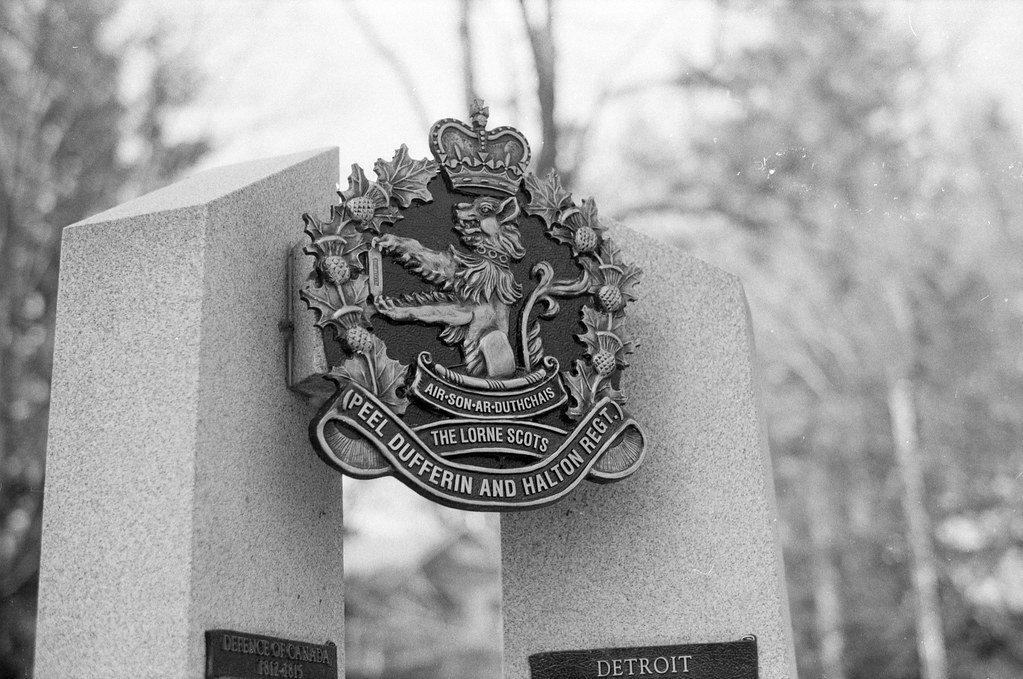 The Lowdown
If you’re looking for a decent all-manual camera with a meter in it then the ST605 is the perfect place to start. Unlike the K1000 who’s price has skyrocketed, you can probably get a body and a lens for less than 100$ with enough cash to spare for some film (try something like Kentmere or Ultrafine to start). Plus the batteries are not mercury so you can use regular SR44 batteries that are readily available. Of course, like the K1000 you do need to keep the lens cap on as your on/off switch is mildly annoying but no more than on the K1000. And while I had planned to send this guy along, I think it might stick around for a bit longer and give it a real workout. You can hear more about the ST605 in the latest episode of Classic Camera Revival!