When it comes to Soviet cameras you can never be too sure, I’ve had some winners in the way of the Fed and Zenit E, but also some failures with the Zenit 122K. However, when Boris, a member of the Toronto Film Shooters group offered up his Kiev-19 I jumped at the chance, and the day I tested it on, was the perfect way to see if these Soviet Cameras could take a Soviet Winter. But the Kiev-19 is no ordinary Soviet Camera. While most use a universal mounting system like the M39 or M42 Screw Mount, this camera uses a Nikon F mount. Not to mention, despite being built in the 1980s takes on the appearance of a camera from the late 60s or early 70s. Special thanks to Comrade Boris Tailor for loaning this beauty out. 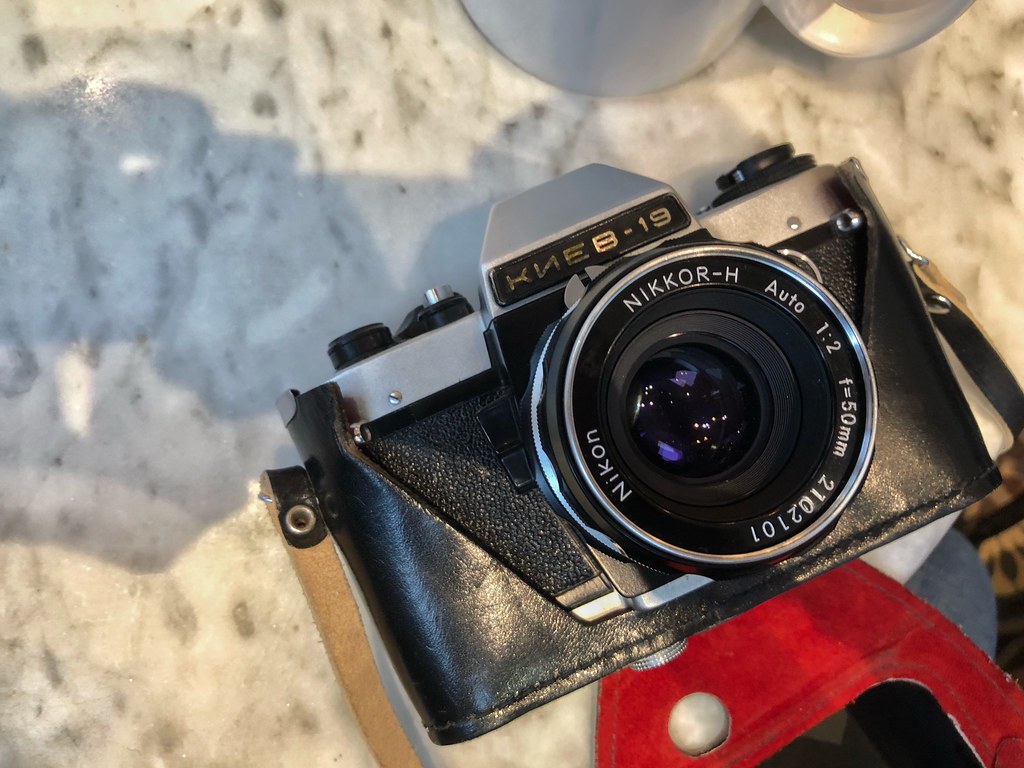 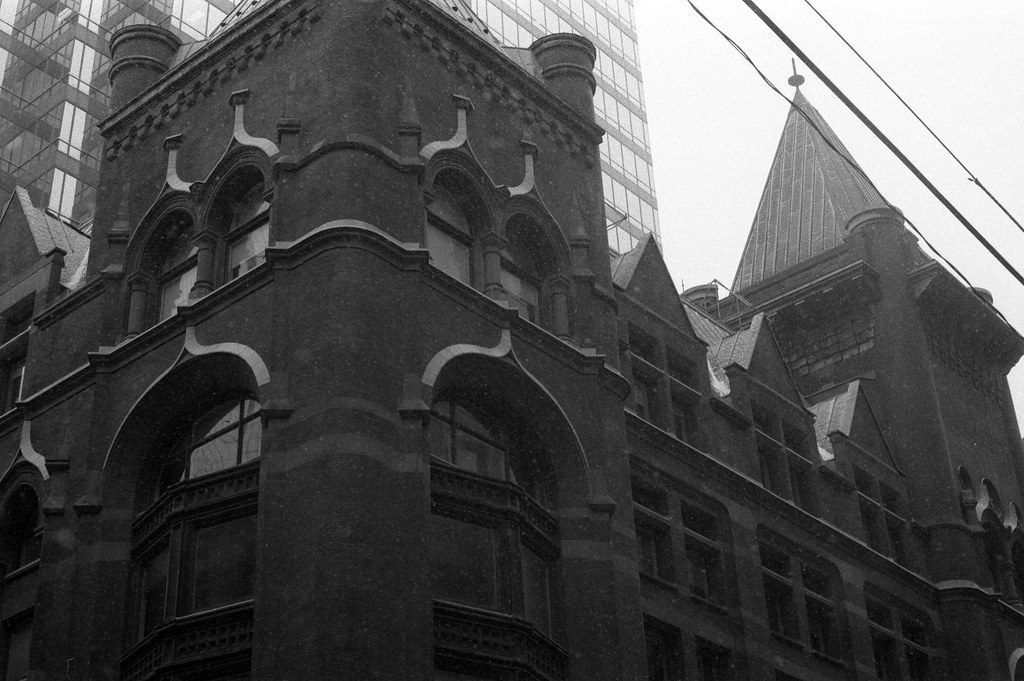 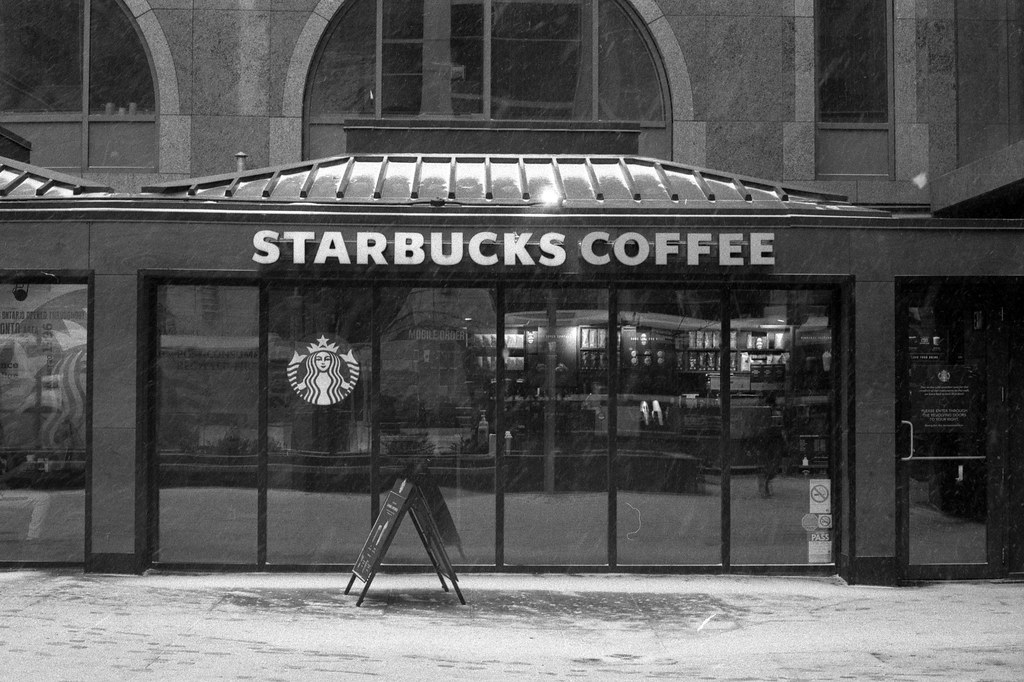 Camera Feel
The camera is certainly not lightweight, and when a lot of manufacturers were going to plastic bodied cameras with autofocus, the Kiev-19 remains stuck in the past. I’m not saying that as a bad thing, the camera is heavy, but not overly so, with a good strap you could carry it all day long. In general, the camera is decently laid out, the shutter release and film advance leaver are in the right spot and on the right side. The film advance is not the shortest but certainly built for speed. I was a bit confused at the placement of the shutter speed dial is on the front of the camera body making it a bit awkward to adjust the shutter speed over the aperture. 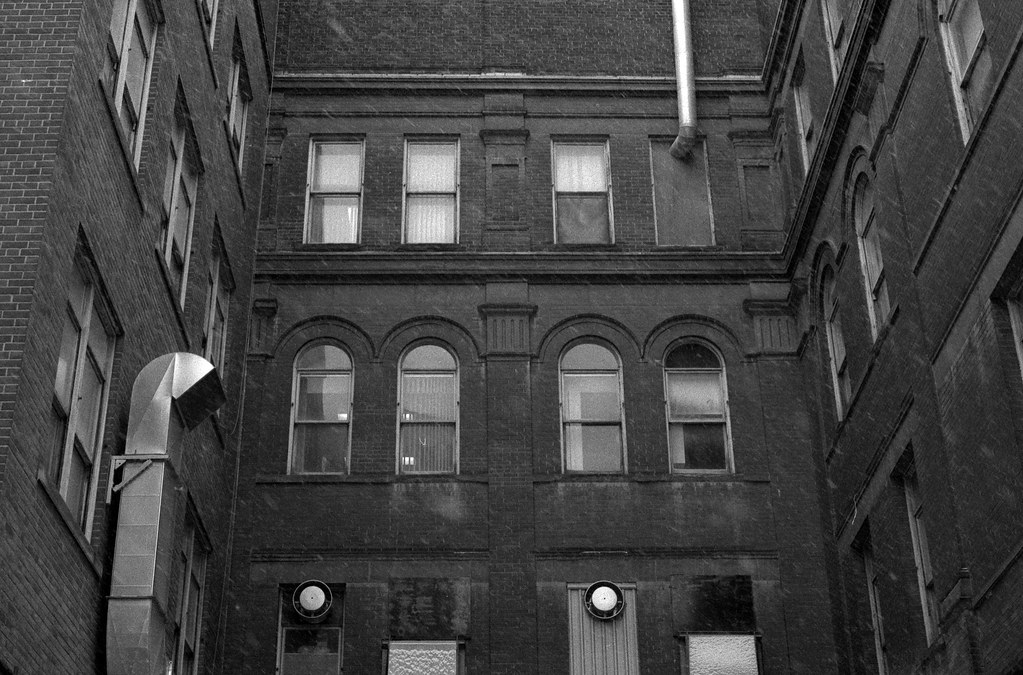 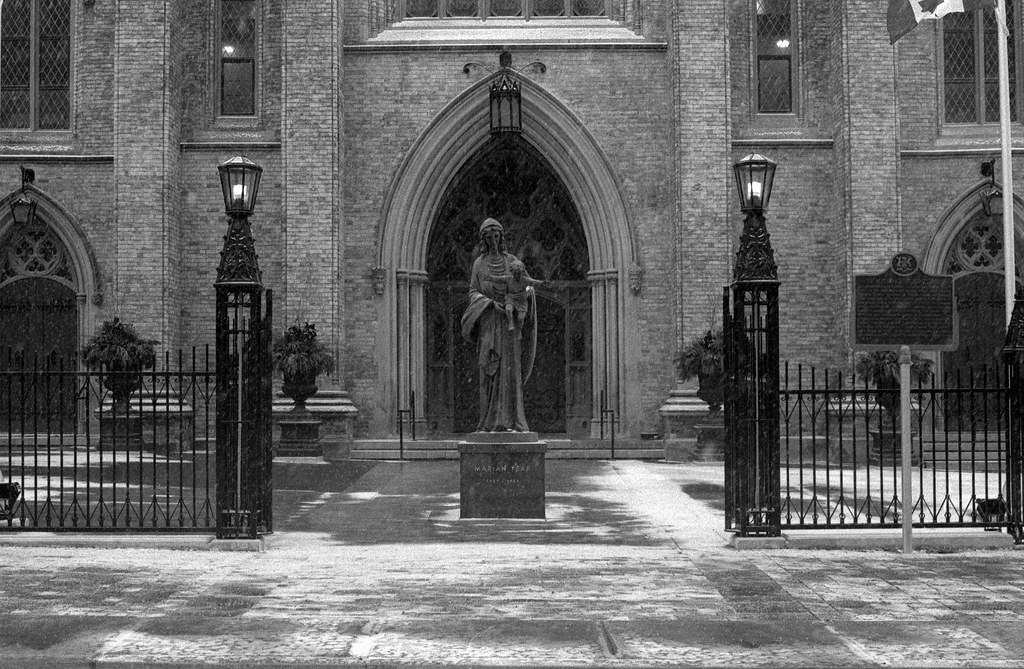 Camera Experience
I have to say, shooting with the Kiev-19 is incredibly satisfying, everything just worked, even when I had it out in near -20C temperatures and being covered in snow and ice the thing never stopped working. And I was shooting with gloves the whole time. In general, the camera loaded right the first time, the film advance never quit, and the shutter never slowed down. The camera does have a dual LED meter (correct exposure is when both the + and – LEDs are lit) and TTL metering, however, that system is long dead, so I just took the meter readings off my Nikon F5 which I was shooting at the same time. Then there’s the shutter sound which is by far the most satisfying part of the whole camera. If you saw the blub, it does sound like a pike against the tundra with the desperation of a gulag prisoner sentenced to hard labour in Siberia. 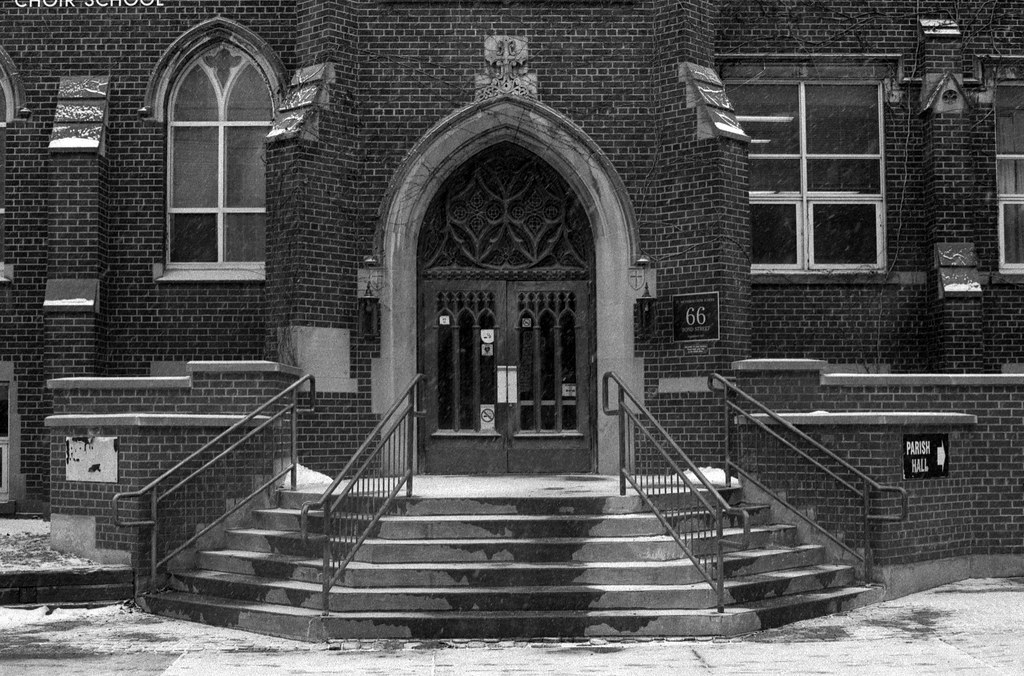 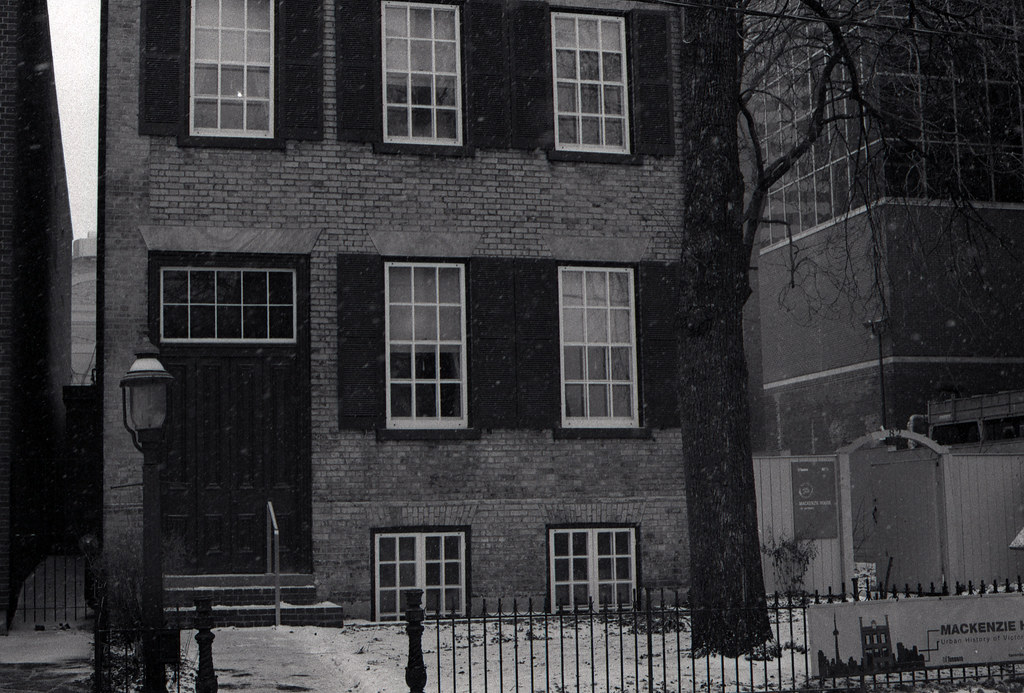 Optics
While the camera has a Nikon F-Mount, it never originally shipped with a Nikon lens, rather a Helios 81H 50mm f/2 lens. But you can put your standard Auto-Nikkors and AI Nikkor lenses onto the camera. Which gives you access to some amazing lenses, so by shooting it with an Auto Nikkor-H 50mm f/2 lens I sat pretty close to the right kit lens for this camera. That said, there is no diaphragm coupling, which was added to the Kiev-19m. But your lenses will still work, the aperture will close when you’re shooting automatically no need to worry about stop-down metering or making sure your lens is stopped down. And again, that Nikkor-H performed perfectly in the cold and produced some amazing sharp images. 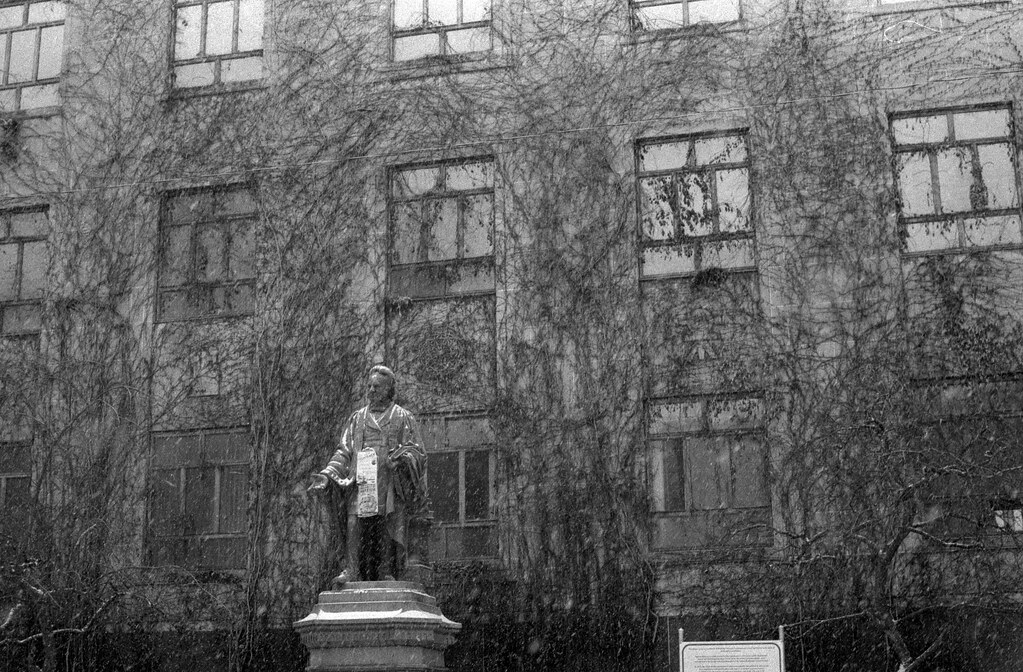 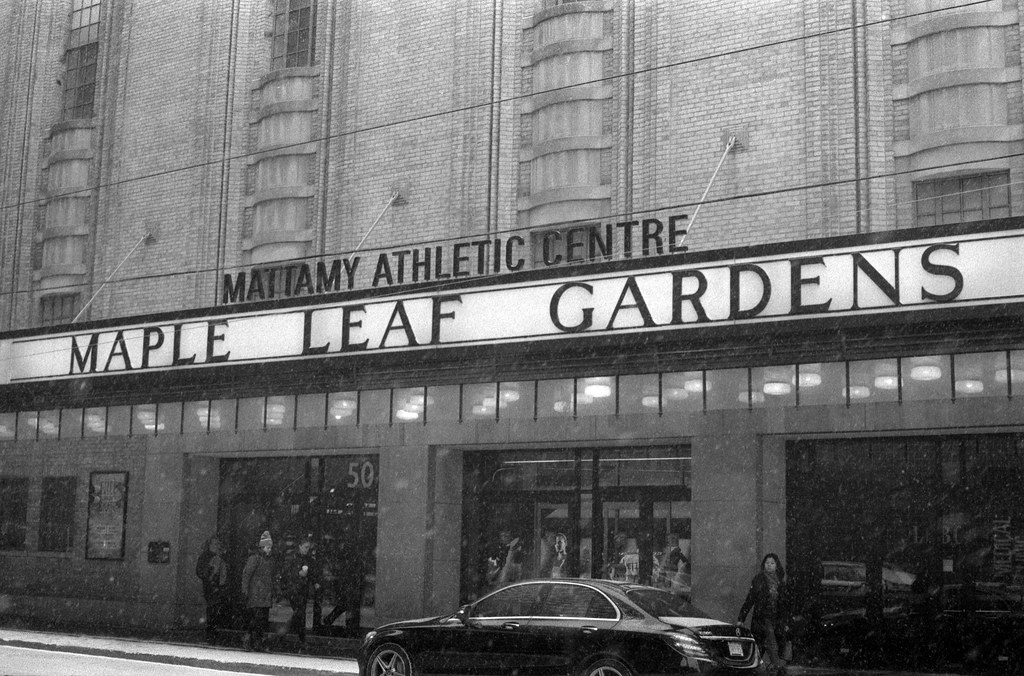 The Lowdown
If you think this camera looks familiar, as in recently familiar then you’re probably right, last year there was a rash of Camera Kickstarter campaigns, among them the Ihagee Elbaflex, which is a modern reimage of the Kiev-19, and while the Kickstarter failed to produce the needed capital to fund the project. While I would have enjoyed putting both cameras up to a head-to-head, I do have to say; I liked the Kiev-19. I recommend this camera, but with a caveat. Like any Soviet-built cameras, you have to watch out; some might have some issues. First, look at the camera, make sure it’s in good shape and mechanically sound (fire the shutter, test the speeds, look at the lens). Second, watch for the Soviet mark of quality. And finally, ensure the camera was built at the Arsenal factory.