Like Ultrafine Extreme 100, the 400-speed flavour is another mystery as of where the film stock comes from. But when it comes to a budget-friendly film, it might be best not to ask too many questions. Extreme 400 is a stock that I have little experience with before I started this review, I had shot a single roll several years back for a camera review. And while, like Kentmere 400 I expected Extreme 400 to be of similar style and class, with heavy grain and low contrast in general. However, the film stock quickly proved me wrong as being inexpensive but far from cheap. 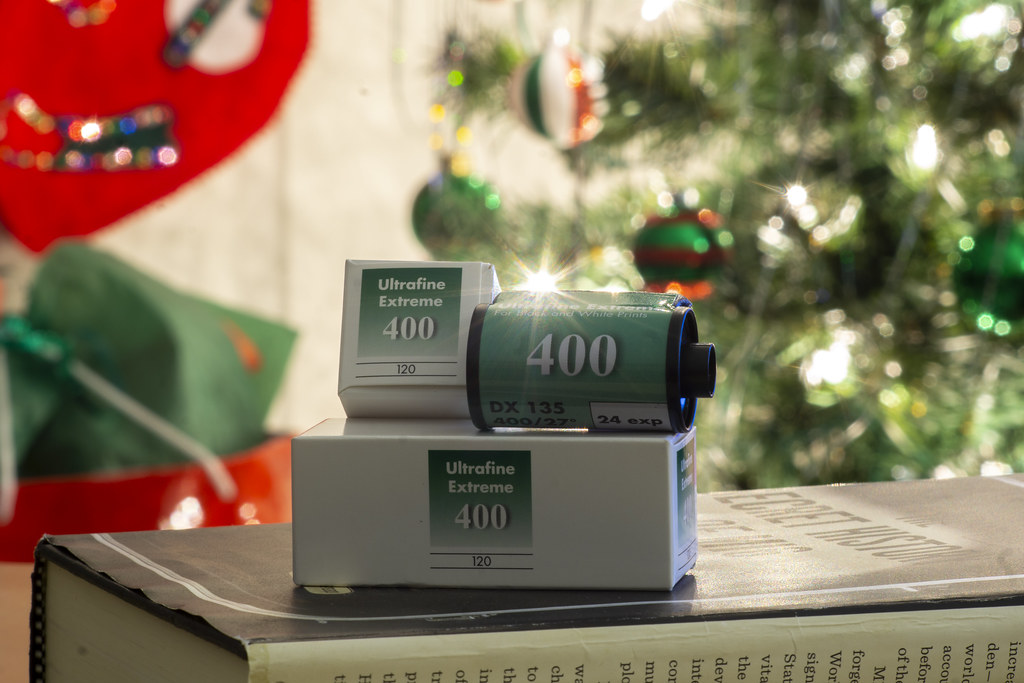 Roll 01 – Kodak D-76
After seeing how well Extreme 100 responded to D-76, I was looking forward to seeing how well the 400-Speed flavour responded. And I can say, it strikes the perfect balance for the film. The contrast is pleasing as is the tonality across the spectrum. I do think a Yellow filter would be of help even just a Yellow-12. The images are sharp, it’s a trade-off as there’s a bit more grain, but the grain is decent and not overly distracting. Certainly a worth combination for this particular film!

Roll 02 – Kodak HC-110
There’s a strange dark understanding with this particular combination, I mean I probably already gave the film stock a disadvantage by pushing it and developing it in the second strongest dilution of HC-110. But what I didn’t think would be how well the film stood up not only to a two-stop push but HC-110. Sure you lose the tonality to the high-contrast images, but there’s still some level of tonality. But what surprised me the most was how fine the grain is, and the images keep their sharpness. I do feel that the film would push well with a different developer such as Xtol or TMax, or any developer with compensating nature.

Roll 03 – Kodak TMax Developer
I am surprised at these results and had a higher expectation with TMax Developer. The images proved fairly low contrast and rather grainy. I could go and blame it on the 35mm format. But I’m not saying this is a bad combination, just not the best options in my view. Usually, the compensating nature of TMax brings out the best in a film, such as the results I got from Kentmere 400, but not with Extreme 400. Despite the general lack of contrast, you get a lot of greys across the spectrum, and the grain does add to the sharpness of the images.

Roll 04 – Rodinal
As soon as I pulled the negatives from the tank I knew I had a winner here. Rich contrast, little grain, sharpness, and tones! I’m usually not one to put a 400-speed film through Rodinal with anything other than stand-developing, and to be honest I was planning on doing this roll standing. However, after getting fantastic results from Pancro 400 pushed to 800 and in 35mm, I decided to risk it, and I’m glad I did! While the contrast is higher than some people would like, I think it has a dynamic look to the images. While I probably wouldn’t use this combination on the 35mm format, in medium format it works well!

Final Thoughts
I will say, Extreme 400 surprised me. It certainly does not behave like a budget film, and while inexpensive it certainly is not cheap. Right from the start, the film impresses me to no end, both in maintaining a fine grain and sharpness even when pushed a couple of stops and developed in HC-110, even taking Rodinal in stride and returning amazing images. I certainly will take Extreme 400 over Kentmere 400 any day in any format. The only developer I would not recommend for it is TMax Developer, simply because it doesn’t give the contrast I would expect from the film. And outside of the developers I used, I’m sure it would take well to Pyrocat-HD, Microphen, and Xtol. The best part is that you can pick up Ultrafine directly from the supplier’s website: www.ultrafineonline.com although they do have some odd shipping restrictions for Canada, thankfully Downtown Camera carries the film in both 135 and 120 formats.