When it comes to Film Washi, I remained initially unsure of hopping onto the wagon of the world’s littlest film company. While some of their initial offerings were paper-based, they began to expand into traditionally based film stocks. Film Washi Type “S” or Washi S as I’ll be calling the film from now on, is not designed for pictorial use at all, even titles or special effects. Washi S is designed for optical recording of sound. Which as you may have already through will produce a high-contrast image. But I will say one thing I am impressed that I got good photos out of the film stock. 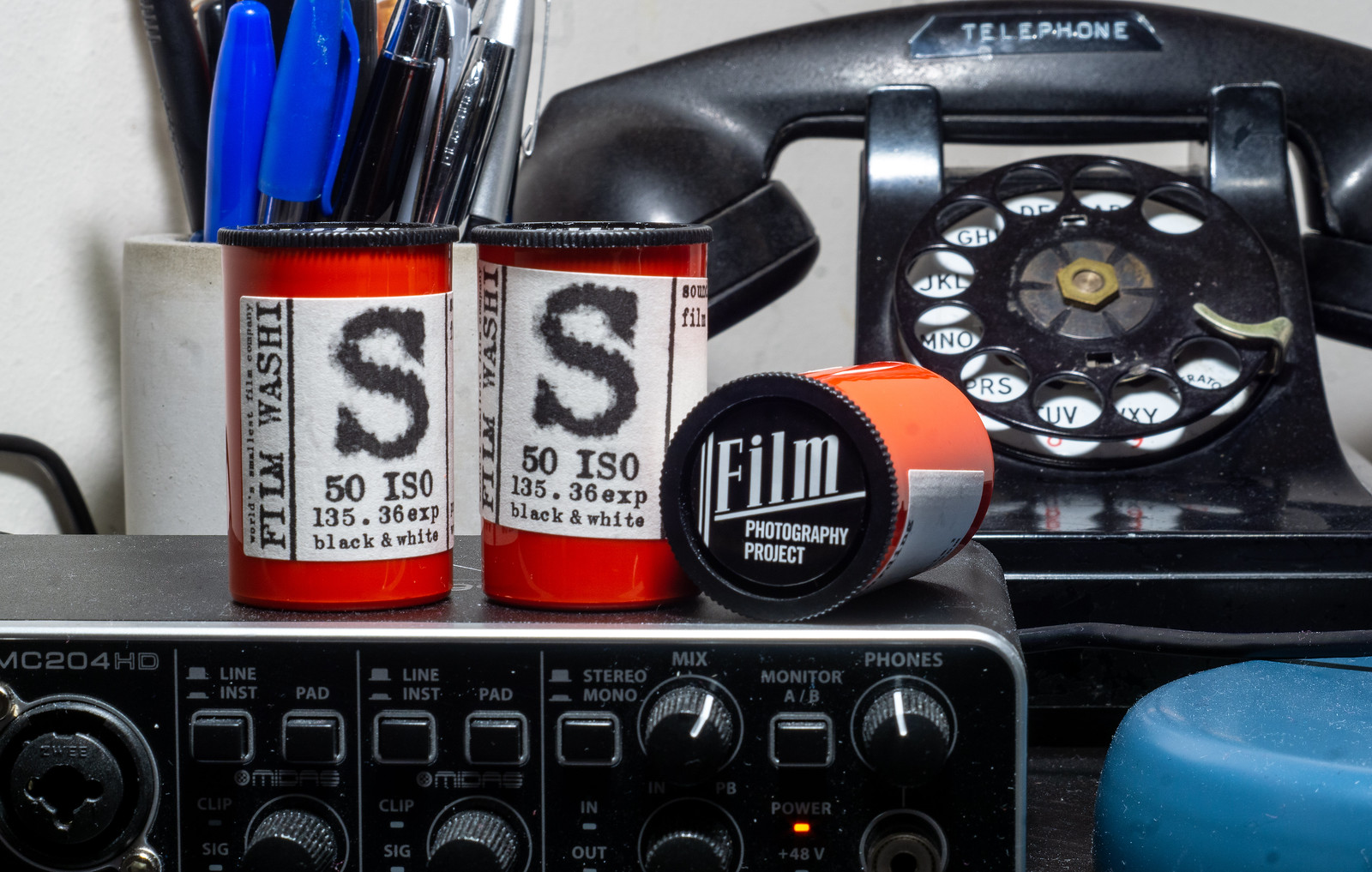 Roll 01 – Kodak D-76
Well, I always expected high-contrast when it came to the film, but I didn’t expect it to be that high. That said, the contrast is probably related both to the film and the contrasty light I was shooting under (spoiler, all the rolls were shot like this). Initially, I was disappointed when I pulled the roll out from the tank but after some quick examinations there seemed to be some decent images on the roll. Contrast aside, this first roll of the stuff certainly impressed me. The tonality, while suppressed, is impressive, and you get a bit of darkening in the skies without any filter. The film is almost without grain and is super sharp.

Roll 02 – Kodak HC-110
I tried, I honestly tried to get out of harsh, hard light. But the summer days here in Southern Ontario can be brutal. But at least in the mid-morning, I could get at least some respite. And in some cases, it worked plus I am rather impressed with how well HC-110 controlled the contrast I got some decent mid-tones here. But it’s far from perfect. You still have a lot of contrast, but I think it would be hard to control the contrast here. At least there’s no increase in grain, and the same level of sharpness is maintained. Not a bad choice, but I think a further dilute mixture of HC-110 and a bit more cloud cover would further help. Although I like the severe darkening of the skies without a filter.

Roll 03 – Rodinal
Before I even shot this roll, I had a sense that it probably would not be the best results for the review. That sense was confirmed when I pulled the negatives out from the tank. My first clue was both the time and the dilution (1+25) at 11 minutes, that seemed almost too long for such a substantial dilution (within the context of Rodinal). And sure enough, the images here have the highest contrast I’ve seen from the film. Again part of the blame does lay on the hard lighting conditions I was shooting the film in during the mid-morning. While the images are sharp and grain-free, the contrast is a little too much. That said, some turned out rather well when the sun had dipped behind some form of shade, or I was shooting from a shaded area where I got some decent mid-tones. Personally, if I had to go back and try these again, I would use a highly dilute Rodinal solution (1+200) and stand-develop for an hour.

Final Thoughts
Frankly, I don’t see myself shooting Washi S anytime soon. The contrast is just a little too high for me and summer shooting. Maybe in the late spring or early fall when you still have bright days but under a bit more cloud cover. If there’s one thing that shooting Washi S has taught me is that it’s given me a few more pointers for a review next year with the FPP Sonic 25 film, another optical sound recording film, and some ideas of how to shoot and develop the stuff. However, if you want something a little different in your film stock and aren’t afraid of lower speeds and higher contrast, then Washi S just might fit the bill. I do recommend shooting it on low contrast days, bright skies but no direct sunlight and picking low contrast developers or highly dilute developers. While there aren’t that many developers listed on the datasheet, you can use Tri-X development times (at ASA-400, while shooting Washi at 50) and I did use that option once for the HC-110 times. If you’re looking to pick up the stuff, check out the Film Washi website for all their retail partners. The rolls that I purchased came from the Film Photography Project.