At the very beginning of these review blogs I had laid out some rules, and now I’m going to break one of them and review a large format, sheet film camera. The Crown Graphic is my 4×5 camera of choice these days; it’s reliable camera that can take a hit and keep on taking photos. I mean that is what it’s designed to do, it’s a press camera. And when it comes to large format, I’m glad that my first experiences with the format were on a press camera rather than a field or monorail because I don’t think I would have taken to the format in the same way. 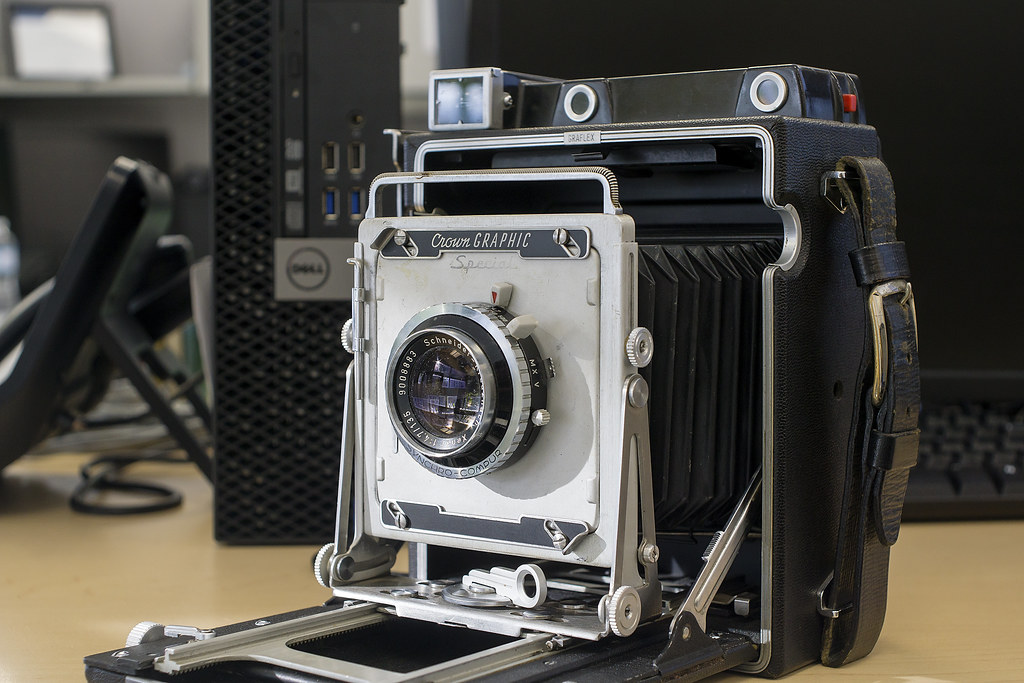 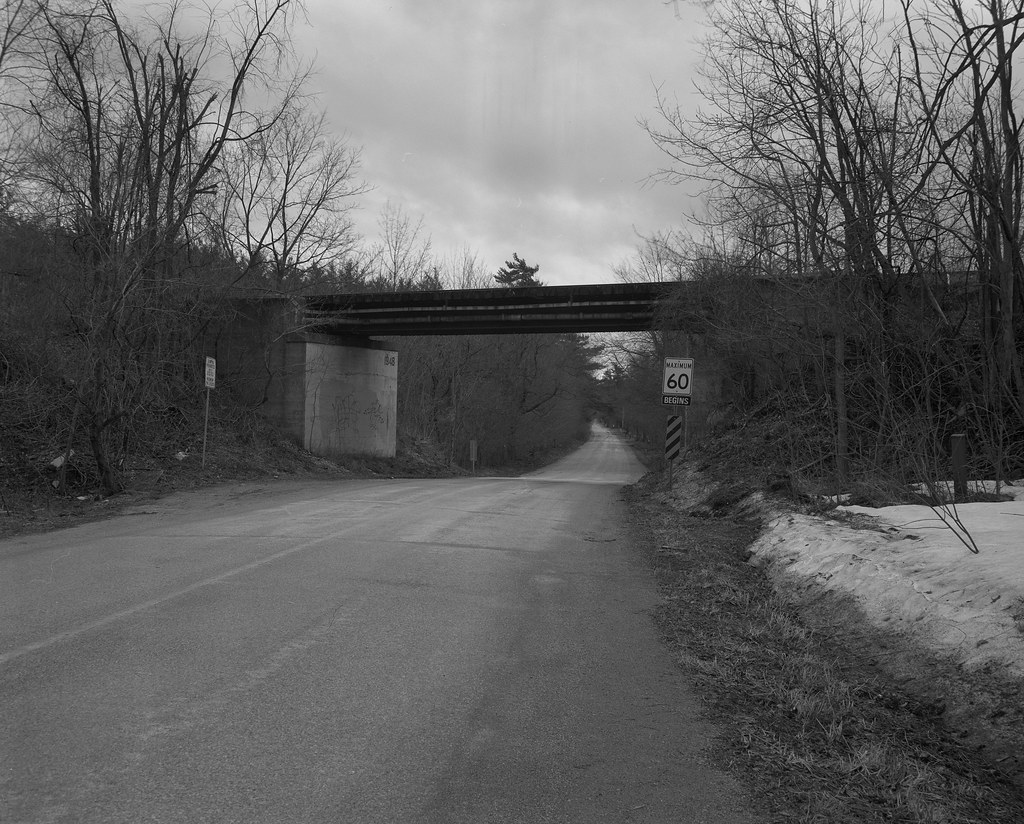 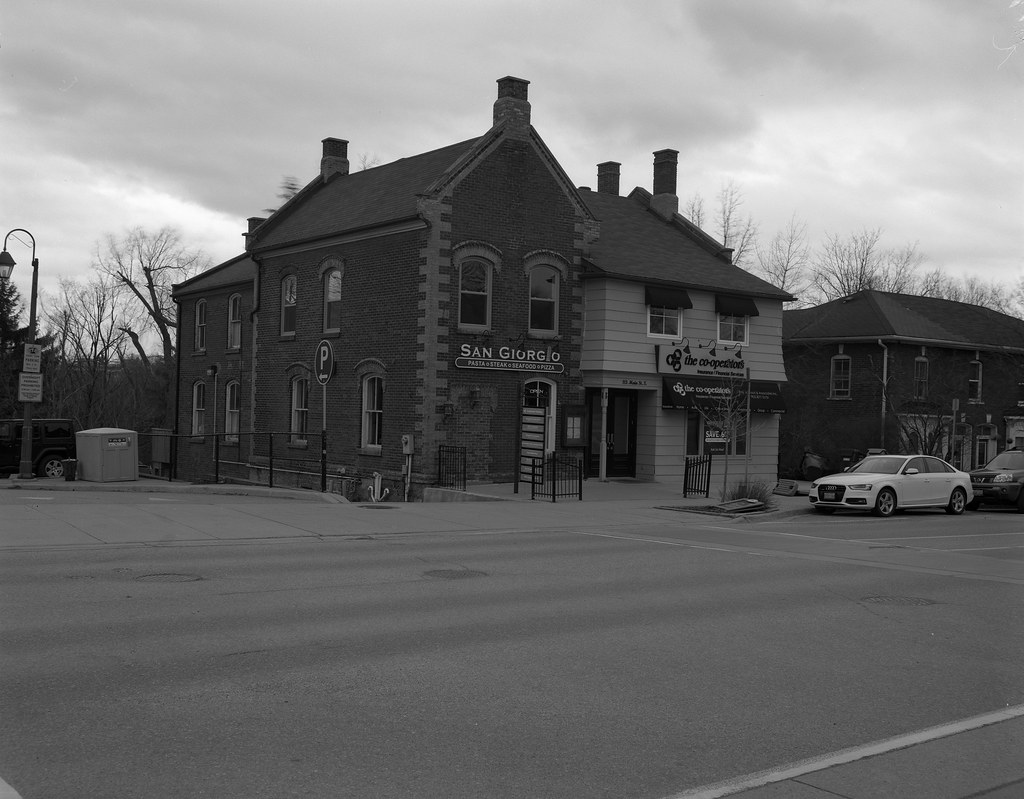 The Good
The number one thing I love about the Crown Graphic is that it’s versatile with a single camera I have both a handheld rangefinder based camera that I can just point, focus and shoot, at least when I’m using the Xenar 135mm lens, as I’ve calibrated the rangefinder for the lens. I much prefer to shoot the camera like a field camera, on a tripod, composing and focusing using the ground glass on the back. Using the glass gives me full creative control and use of some fantastic lenses, like the Symmar-S 210mm (which is the lens I use the most). Plus that’s the power of large format, your Crown will be able to use most lenses out there, and all the film holders and the Graflok back means you can attach all sorts of accessories such as roll film magazines and Polaroid Type 100 film holders. And finally, this camera has a nice fast setup, pop the front cover, drop the bed pull out the bellows. And if you’re using ‘pancake’ style lenses, you can keep the lens on the camera when you close the door. 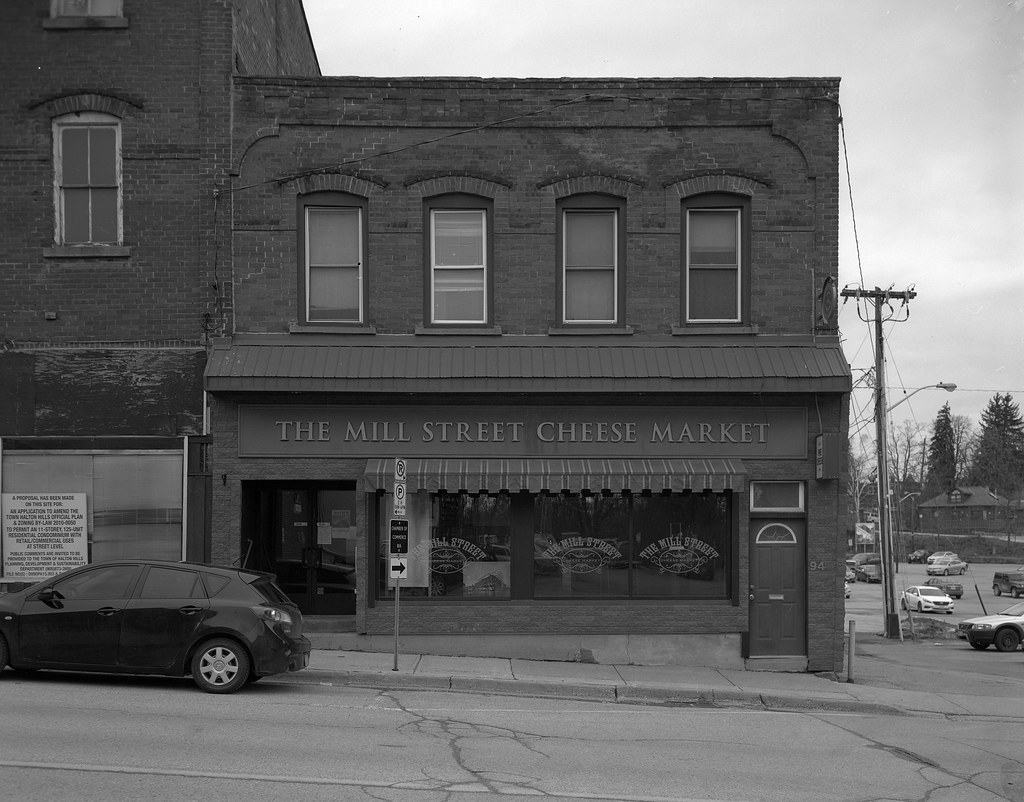 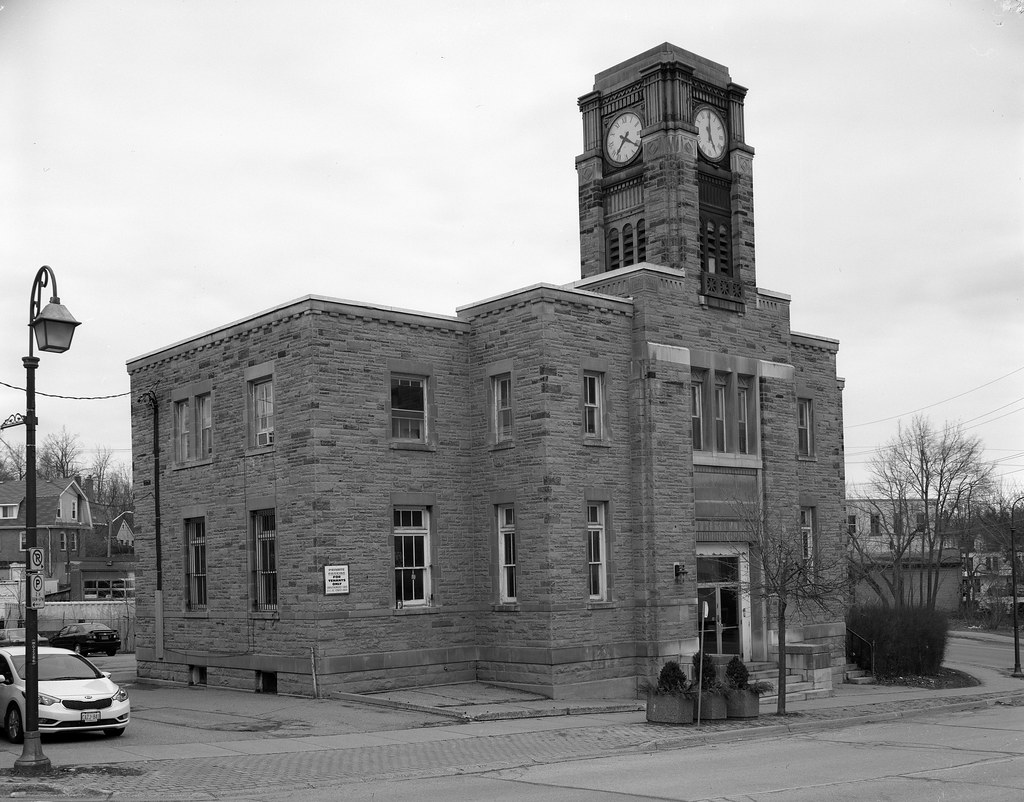 The Bad
Like any large format camera, the biggest detractor to them is the size and the amount of stuff you need to bring to use the camera well. Tripod, multiple film holders, meter, and the lenses all mounted on their boards. It adds up after a while. But for me, it’s worth the effort. Another issue that only large format shooters will note with a press camera is the lack of movements, while the Crown Graphic gives more than the Speed Graphic, you are still only limited to movements on your front standard, and even then you’re relatively limited. But again this was a camera not designed for shooting that requires much in the way of movements. And finally there is starting to be a lack of spare parts for these cameras, so getting bits and pieces replaced or repaired is starting to become a problem, either you can grab ones that are already broken for spare parts or pray that you know someone who can machine the appropriate piece. Thankfully their rugged build means they are designed to last. 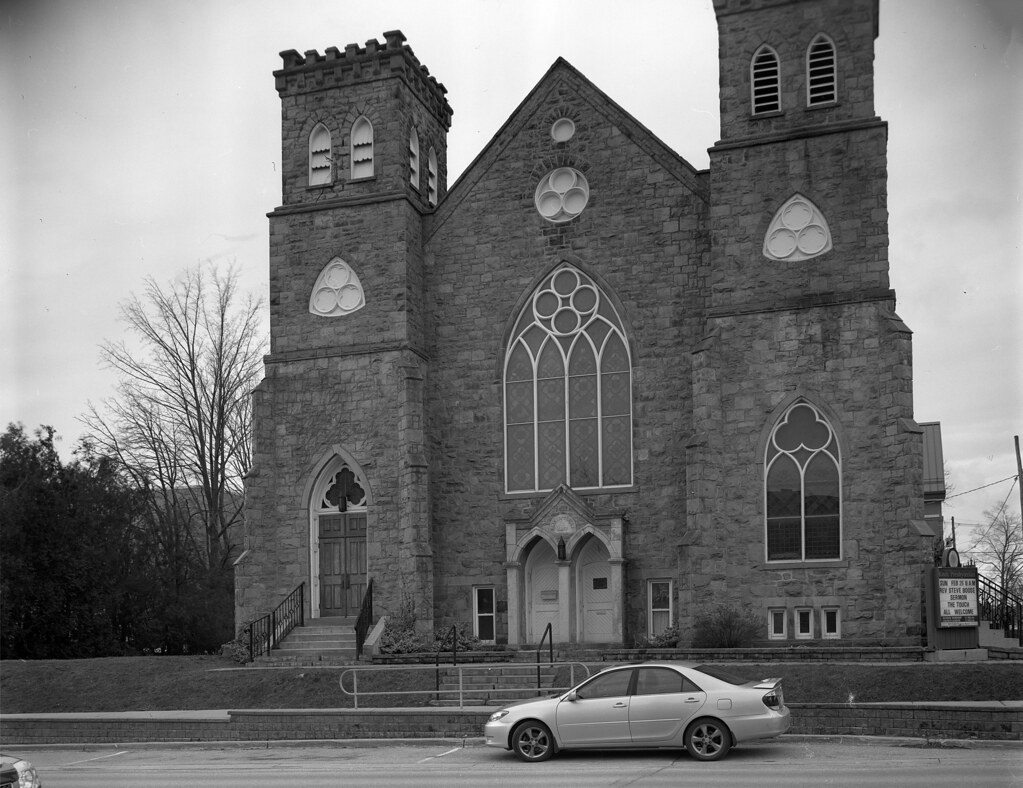 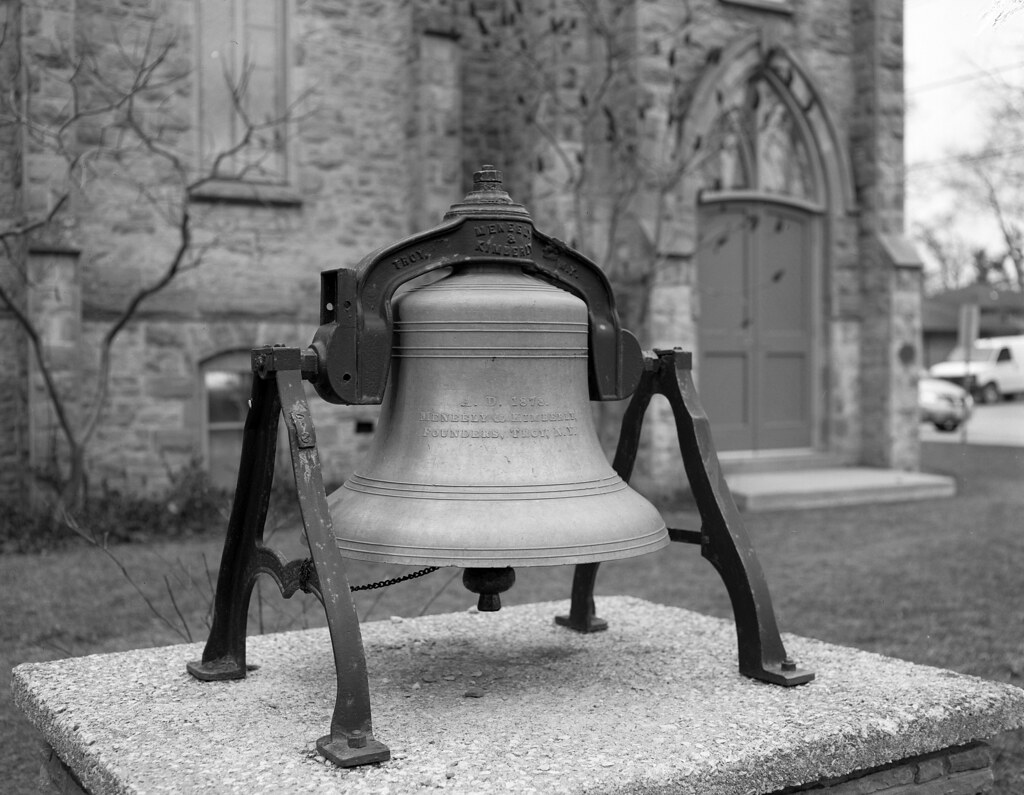 The Lowdown
If you’re like me and shoot on a mobile basis, then the press camera is certainly the best option, and often a Crown Graphic kit can be had for an inexpensive out of pocket cost. Being highly adaptable to multiple shooting situations and with a quick setup and tear down it’s a great camera for learning on. Of course, if you’re a technical shooter who needs movements then I would avoid press cameras altogether and go for something a little more expensive. Intrepid, Shen-Hao, Takahara, Linhoff, and Sinar are all excellent options. But for me, I’m sticking to the Crown.