Back in the early days when I was just starting to explore the wonderful world of films outside of Fuji, Kodak, and Ilford I hopped on the Freestyle website and discovered two brands of film I had never heard of before and landed myself a variety of Efke and Adox films. Today I’m going with one of my favourite of these ‘classic’ emulsions, and that is Adox CHS 100. Like Efke, CHS films are silver rich, grainy and lands you a mid-century classic look. Sadly, the original CHS 100 ended when Fotoimipex closed down shop in 2012. Adox, however, bounced back and still produce on a limited basis a new formulation CHS 100 II which gives some of the same looks but doesn’t compare to the original. 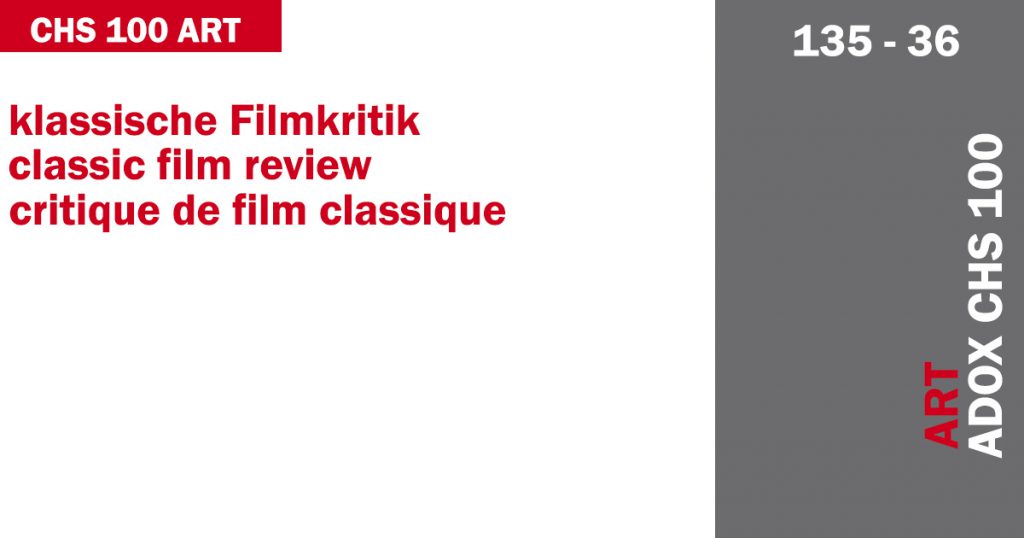 Roll 01 – Rodinal
Like Efke 100, CHS 100 loves Rodinal and actually produces a fairly fine grain image in even with a 1+25 dilution. The tones are amazing and the contrast is a little high, but honestly is right on point. And when it comes to sharpness, it’s dead on the money. Honestly, this combination gives you the best image quality out of the film, especially in medium format. Sadly I only discovered this combination after the film had been discontinued and on my last roll of in medium format. While I never tried the film in a 1+50 dilution, I’m sure you would see even more amazing results!

Roll 02 – PMK Pyro
Oddly enough, CHS 100 does not respond well to PMK Pyro, the images are far too contrasty even for my taste. Sharp yes, but overly so, meaning the grain really shows. And while generally pleasing. But you still have an image that is fewer shades of grey and more pure black and white. Not really my personal style, but still in the right situation might work. I think the film would do better in Pyrocat-HD with a slightly weaker dilution and shorter developing times. But for a sharp developer, you’ll be better off with Rodinal.

Roll 03 – Kodak Xtol
There are a couple things wrong here. First off, I did not use a hardening fixer when I was developing the mass of film after my trip to Europe. And it shows, secondly I used a modern developer with a classic film. Even though Xtol is known as a fine-grain developer it does little to help with Adox CHS 100, but by this point, it could be a combination of age and the emulsion that gave these images the gritty look. This truly was my final roll of CHS 100 which I found at the bottom of my film box. But still you have that amazing rich tonality along with solid contrast, and rather than a sharp image they have a natural softness about them.

Roll 04 – Kodak D-76
Started with an abandoned building, ending with an abandoned building. But here again, you see the power of a classic developer and a classic film. Like Rodinal, D-76 shows off exactly what you can get with Adox CHS 100. You see all your tones, with bright whites and deep blacks. Plus all the shades of grey in-between. Again you see a sharp image without an overly grainy appearance. And while I’m more preferential to Rodinal, D-76 works in this case. I’m sure it would have responded just as well to D-23.

Final Thoughts
Like Efke 100 if you can find some of the original Adox CHS 100 film you’re in for a treat! I actually would rate this film a little better than it’s Efke cousin. As it is a little more fine-grained and has a bit better response to more developers. But just watch your fixer, you really do need to use one that has a hardener (Kodak still produces one), or else you’ll end up with some peeling emulsion. Of course, you don’t have to stick to the older emulsion, Adox produces a modern version CHS 100 II, which is an awesome film, sadly it is limited production, and currently, I cannot find it for sale anywhere (Canada, US, EU).