Svema, or by its proper name, Свема is a film stock that is relatively unknown here in North America unless you are of course fans of the Film Photography Podcast. The name comes from the combination of two Russian words, Светочувствительные Материалы, translated means Photosensitive Materials. While Svema collapsed when the Soviet Union died in the 1990s, another Eastern European film manufacture, Astrum, continues the legacy of Svema using some of the old machinery in a new factory in Shostka, Ukraine. If I had limited experience with the 100-speed version of the film, I have even less with Foto 400. The only time I’ve shot this roll I ended up with reasonably grainy, low-contrast images. So I wasn’t expecting much out the roll of film, but I soon found out that like Foto 100, I had greatly misjudged the film stock! 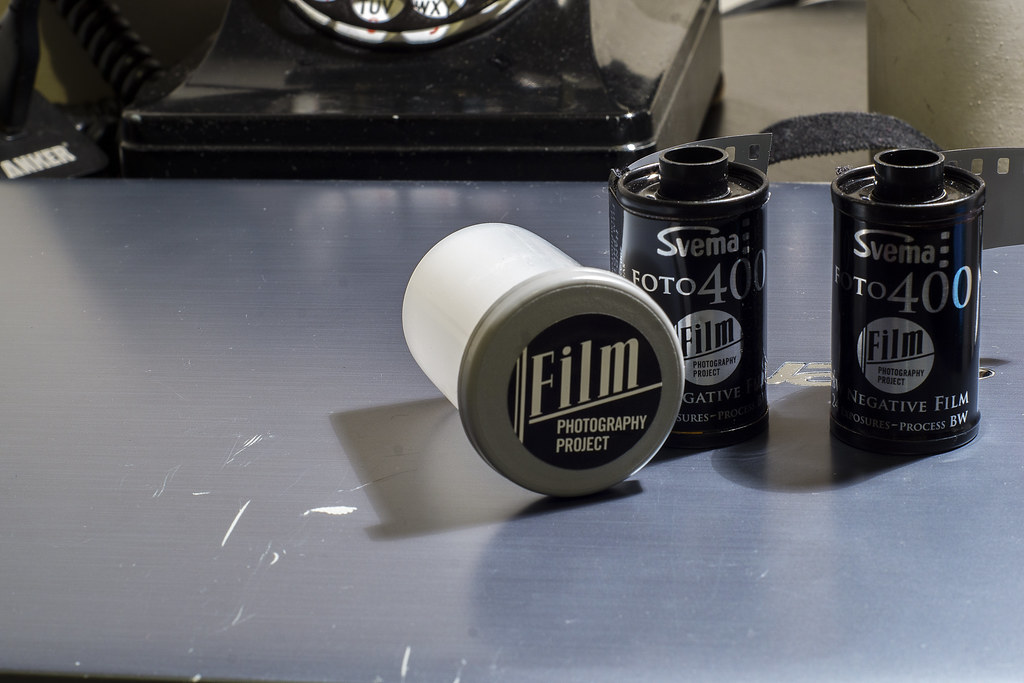 Roll 01 – Kodak D-76
I’m only one roll into the review, and I’m already impressed with Foto 400. The tonality of the film is dead on the money while maintaining a decent contrast. I found that the contrast is far less with the stock D-76 than with a 1+1 dilution and Foto 100. But the most surprising part is how sharp the images are! Now I’m also working with a lens that is top-of-the-line, but if a film is naturally soft, it doesn’t matter how sharp your optics can be. And while yes, there’s grain here, it’s not a jarring grain; you could almost say that it’s a soothing grain.

Roll 02 – Kodak HC-110
The problem with Foto 400 is that there are only two development times on the Massive Dev Chat, one of D-76/ID-11 Stock, and a second for 1+1. I went onto Google to see if I could scare up anymore. I happened across a blog that had an HC-110 time, which mirrors that of Rollei Retro 400s. I liked what I saw online, so I went for it. What I did not expect was that the results would mirror my past results with Retro 400s, right down to the dark skies. Even with a Yellow-12, you get those scary dark skies and very high-contrast. But there’s still some amazing tonality to the images and fairly sharp as well. But there is a serious uptick in grain to balance it all out. While not my favourite combination, it probably would have been improved without the filter.

Roll 03 – Rodinal
When you’re not sure about something, go with what you know, and stand develop in Rodinal. And you know, the images turned out far better than I expected. Knowing that Foto 400 has far more grain than your average 400-speed film, I was ready for coarse grain, however, was slightly surprised at how nice the grain turned out. Not to mention, it makes the film rather sharp. Tone, Contrast right on point given the dull lighting conditions of the day not to mention the rain. While Rodinal is not my first choice for the film, it certainly will work in a pinch. I think that it would do better to drop the dilution to 1+200 and give it two hours.

Roll 04 – Pyrocat-HD
I mean, if the HC-110 developing time with Retro 400s times worked, why should Pyrocat-HD? And yes, lightning can strike twice, not to mention producing my favourite images with Foto 400 in this review! I mean, the images are sharp, tonality is beautiful, and the contrast is on point. Even without a filter, you get amazing sky separation with a hint of drama. While there is grain, it’s fine and only adds to the sharpness. After getting muddy results with Rodinal and stand developing, I took a chance with Pyro to see if I could get even everything out and I can honestly say I did. Certainly a winner here.

Final Thoughts
Would I use Foto 400, not on a regular basis, but if I needed something that gave a rough old-school look from like the Cold War Era for some spy photoshoot, Foto 400 would be top of my list of film stocks. Having reviewed it here, I can certainly feel I have a better grasp on what the Foto 400 stock can produce. While I would never develop it in Rodinal, having two other choices next to D-76/ID-11 is certainly a worthwhile endeavour if I got anything out of this review. Here in North America, the best source for Svema 100 is through the Film Photography Project. You can purchase pre-rolled cassettes of 24-exposures, of if you’re into Bulk loading they sell 100′ rolls. First time with Svema, why not check out their sampler pack with three of each Svema flavours!