It’s not every day that a new film jumps into the market without some pre-release hype, but leave it to CatLABS to slip under the radar with new film stock. In their description of the film, they state that it is in the spirit of Panatomic-X so who am I to skip over the film, I wanted to shoot it now! The film is rated at ASA-80 so a couple stops faster than the classic Kodak emulsion but something I could work with and even pull if needed. I think the film comes from the New55 Atomic-X which is also has a little bit of Panatomic-X in its legacy. I knew I had a good film stock on my hands and the results, well they speak for themselves. 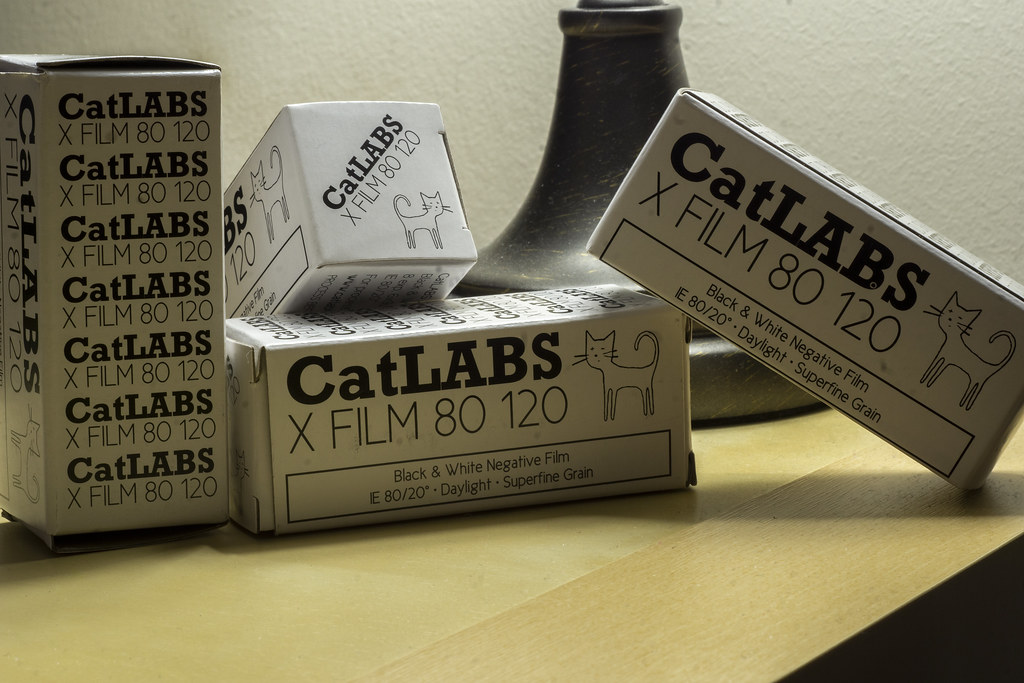 Roll 01 – Kodak D-76
Having done a “First Look” post on the film, I quickly realised that the film rather likes D-76 as a developer. And while it looked amazing in stock, I decided to do the review roll in 1+1 dilution. And oddly enough I got some pretty consistent results. There is a slight drop in contrast and is rather pleasing. The dull grey skies and even light certainly helped the film. You get an amazing tonal range and good contrast. There’s certainly more contrast than Panatomic-X, but where the film shows it’s legacy to Panatomic-X is in its fine-grain and how the grain shows in the scan. The images are sharp, but not razor sharp. There’s a certain softness to the images while maintaining sharpness.

Roll 02 – Kodak HC-110
Just when I thought the film couldn’t get any better it goes and throws me these images! While the contrast is far lower than I expected that doesn’t mean everything has gone into a big grey mush, rather you still have your blacks and whites, but an amazing spectrum of greys producing a sleek tonality. You have that same edge softness while maintaining some sharpness to the images with very little grain. Now I did soup this in Dilution H, but you could probably bump up the contrast by using Dilution B or middling it out with Dilution E. And while there is the long developing time with H, I think when I do the ASA-32 test, I’ll go with a Dilution E to start off with to maintain some contrast.

Roll 03 – Rodinal
I certainly was not expecting these results, not from Rodinal. So far the film has been fairly tame on contrast and grain and a certain smoothness in its sharpness. However, at 1+25 dilution in Rodinal, I expected higher contrast and a noticeable grain. Neither of which are there in any major way. Yes, there’s a slight uptick of grain but nothing overly noticeable however along with that the images are slightly sharper than their D-76 or HC-110 variants. The contrast remains consistent with the same smooth tones across the full spectrum. I have to say I’m pretty surprised and pretty happy with these results. I’m sure you’d get the same results out of 1+50, but most people who have stand-developed the film are not too pleased with those results. Also, I should note that the time I used is for rating the film at ASA-50, but I shot it at ASA-80, so we know there’s good latitude (forgiveness) on the film.

Roll 04 – Pyrocat-HD
I’ve been waiting to see the results for Pyrocat-HD for a long time, and it was well worth the wait. Now to start off I’ve never worked with this strong of dilution in Pyrocat-HD (1+1+50), and with such a short (seven-minute) developing time. However, you can also develop it at the standard 1+1+100 dilution for fourteen minutes with what I think are even better results. I’ve included both the seven-minute and fourteen-minute images in this review. I made sure to stop developing using running water for a couple of minutes just to make sure. The results speak for themselves, the contrast is right where I like it and some amazing tones. Plus these images have lost that soft sharpness and instead have crisp sharp edges. Personally, I prefer the long developed images, they have that bright appearance I enjoy with anything developed in Pyrocat-HD, with a smoother contrast and perfectly sharp images.

Final Thoughts
One of the biggest questions always asked when a brand new film stock is released especially one that has been kept quiet and then bam is on the market is where the film came from, and there have been all sorts of speculation on the actual source of X Film 80, initially many thought it was just Shanghai GP3 (and some still do), but that was quickly dismissed by CatLABS stating they used GP3 backing and tape to keep the costs down, others suggest it’s pre-flashed Rollei Retro 80s, others say it’s Atomic-X in roll form. And while I don’t have an answer, I do know that this film is probably the closest thing to Panatomic-X we’ve seen since the film’s discontinuation. Plus the film performs perfectly at ASA-32 with amazing results in D-76, HC-110, and Rodinal. I’m sure it’s just as nice in Pyrocat-HD, but I ran out of film so I guess it’s off to buy some more to double-check. You can only pick up X Film is directly through the CatLABS online store or from Downtown Camera in Toronto!