After last month’s debacle with FilmWashi D and the ultra-thin base, I made a point to check Z before even loading it up into the camera, thankfully, the base while thin, is a little closer to what I’m used to working with JCH Streetpan and Rollei RPX films. Like D, Z is designed for aerial surveillance specifically for the mapping of vegetation. To aid in this, the film has a near-infrared capability. While this might not have been used in spy satellites but you never know, it could have been used in spy planes? Knowing that the film has infrared capabilities, I decided to shoot all the rolls in manual cameras. I also shot the rolls behind a contrast filter, starting with Pale Yellow and moving through Orange and Red, but not an actual 89b filter. 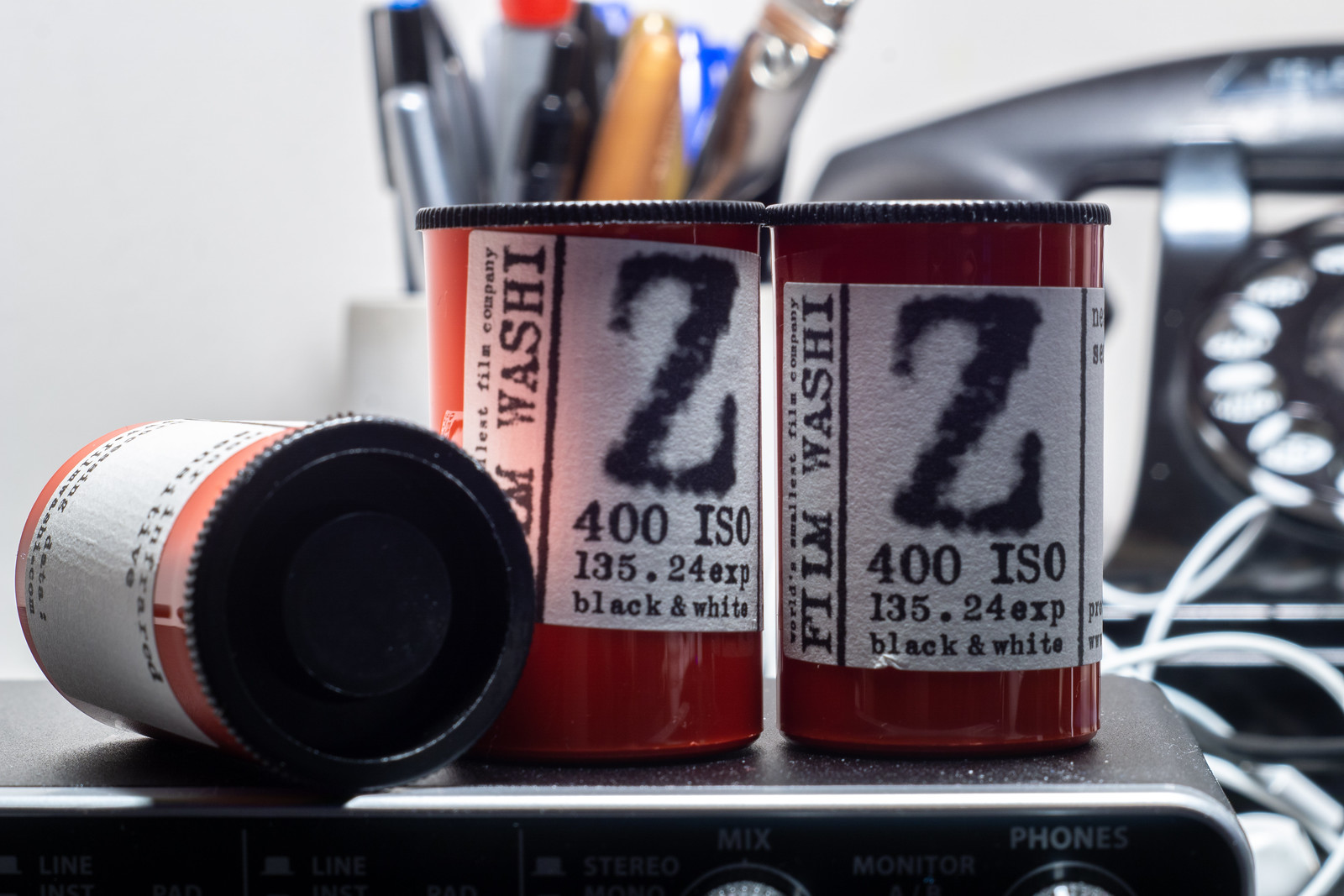 Roll 01 – Kodak D-76
At first, I was a little apprehensive of the film when I pulled them from the tank, the negatives seemed a little thin, but the images came through in scanning. What surprised me is how dark the skies got even with just a Yellow-12 (Pale Yellow) filter, but it was a sunny day and a lot of overhead light. The contrast remained pretty high, probably because of the lighting conditions were contrasty. What was nice to see is that the images were sharp; there seemed to be a lot more grain than I was initially expecting. It should not have surprised me (there was far less grain on the faster Washi D), but the near-IR film does have a bit more grain than your average film. Either way, I’m still pleased with the results I got!

Roll 02 – Kodak HC-110
Out of all the Washi films I have shot, this is the first one that I’ve pulled out from the tank and loved right off the bat. The only thing I can say about these images is that they’re smooth. After seeing the heavy contrast with stock D-76, I realised that I had to use a far more dilute mixture of HC-110. And while there is no ‘official’ developing time for HC-110 and Z, I was able to find it using the Delta 400 times (like the Washi Datasheet says). I went with Dilution H. One thing I noticed is that it certainly tamed the contrast, even with shooting behind an Orange filter this time around. While the IR nature of the film proved far less pronounced, I liked these more than the stuff I shot earlier; I also got far better light. I also found that the grain proved to be far less pronounced, but the film remained just as sharp.

Roll 03 – Rodinal
Sometimes you have to embrace the grain. And while I didn’t want to go with such a short developing time combined with a strong developing solution within the context of Rodinal (1+25 is strong). I decided to use the 1+50 time for Delta 400, which is recommended from FilmWashi in this case. The twenty-minute developing cycle did turn me off, but sometimes you have to make sacrifices. And I’m glad I did, the results are amazing! Yes, there’s still grain but not enough for me to worry too much plus it’s pleasing, and the images are sharp. Far sharper than any other image I got out of the film. Contrast is excellent with fantastic tonality. But what is most interesting is how with a red filter (first two example images) the film renders the red bricks of the church and the variations in those tones. And even without a red filter (second two example images), you get the same rich tonality. Certainly the winning combination.

Final Thoughts
While initially apprehensive of Washi Z, I quickly found a unique film with exciting characteristics. Near-IR films occupy a particular niche within the film photography community they offer a glimpse into a different way to see the world around you. And if you’ve ever wanted to try that viewpoint out, I recommend Washi Z. As film stocks go, handling the film inside the change bag is relatively easy if you’ve worked with the likes of Rollei RPX or Retro 80s films, thin but not too thin (like Washi D). Washi Z responds well behind all contrast filters, although the Orange and Red I like the best. Process in dilute developers to help lessen the grain, HC-110 and Rodinal are again my two favourites and shoot it on a sunny day for best results. I don’t know how the film will respond in cameras with DX Code readers, but I don’t think they’ll have the same effect on the film as an actual IR film. As a speciality film getting your hands on it can be tough, but the Film Photography Project and Freestyle Photographic both carry Washi stocks, and certainly worth the purchase of a roll or two for fun.