Many Kodak films have gained almost a cult following over the course of their run, and while many are general purpose films, Kodak produced many film stocks designed for specific tasks, and one such film is Technical Pan. Designed specifically for technical, scientific, and military applications the film can work as a high-contrast pictorial film and is one of the more unique film stocks I’ve had the pleasure to shoot. While it was out of production well before the official discontinuation date in 2004 due to the finding of a large master roll the film remains rather stable due to its lack of a box speed. 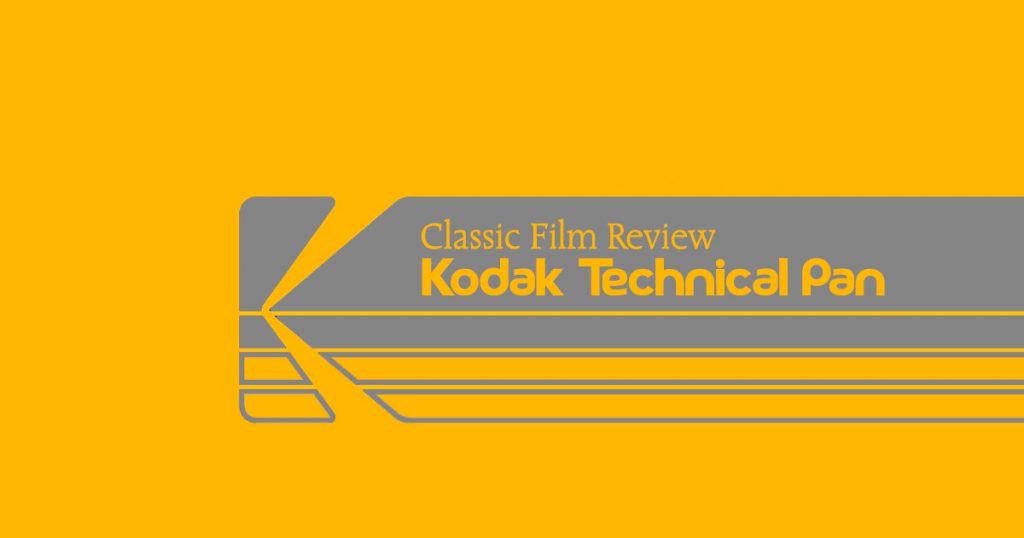 Roll 01 – Kodak Technidol
Since I failed to use the proper developer when I reviewed Adox CMS 20 II (and caught some flack because of it), it only makes sense to use a proper developer for the film. And while Technidol is long gone, there is Photographer’s Formulary TD-3, I happened across some pouches of the good stuff, enough to do one roll of 120 and one roll of 35mm. Now it doesn’t help that it turned out this roll is hard expired. Fogged base and burned in numbers from the backing paper, while that wasn’t as bad as I’ve seen it in the past. But on with the review, so this is what Technical Pan is supposed to look like, everything, despite the symptoms of age, is dead on perfect, plenty of contrast but smooth mid-tones, sharp images and incredibly fine grain.

Roll 02 – PMK Pyro
If you want contrast, I’ll give you contrast! I remember pulling this roll out of the tank and thinking I had messed up somewhere but as the film dried I could see that the rolls had a lot of contrast. I actually shot this particular roll in two different lighting conditions. The first being inside an abandoned building and the second being here outside in bright noon light. The interior work the best, but there’s a certain feel with this, but there’s no surprise here with how the roll turned out, PMK Pyro is a fairly active developer even though used at such low dilutions. There isn’t much in the way of mid tones, but the images are razor sharp and have a gritty look about them which honestly worked great in this situation, with people probably not.

Roll 03 – Kodak Microdol-X
Now, this shows off the amazing extended red sensitivity of the film not to mention taming that contrast with a far slower working developer in Microdol-X. Honestly, for pictorial work, I don’t think there’s a better developer than Microdol-X. Plus being able to shoot the film at ASA-32 which you can do handheld. I regularly shoot Panatomic-X at that speed and I do it all by hand. You don’t have to worry about grain as the film itself is already fine-grained and combine that with the fine-grain developer like Microdol-X it is almost impossible to find any grain at all! However, you do lose a bit of the sharpness for the same reason but it isn’t too bad the images are spectacular with clean whites, deep blacks, lots of mid tones and smooth contrast!

Roll 04 – Rodinal
You’ll probably rant about how crazy I am for developing like this and shooting handheld with such a low film-speed, while bring it on because it works! Yes, most films prefer a developing time longer than five minutes, but I developed my Tri-X in HC-110 dilution B for years at four and a half minutes without trouble. But how about four minutes and using a fast-acting, sharp, high-contrast developer on a sharp, high-contrast film? Well, you get some pretty awesome results if I do say so myself. Again, you see that red sensitivity taking place, loads of contrast, but works well even on people. Grain, none, images, razor sharp. Not to mention the images have an almost three-dimensional quality about them. While not something I would recommend, it still remains fun!

Final Thoughts
For a film designed for scientific purposes, Tech Pan produces wonderful images, even outside it’s designated, developer. Now before I went and started working with the film initially, I did some reading and found that I should avoid the common D-76 as it just makes the film super contrasty, and stuck to compensating and dilute developers. It’s probably why I got consistently good results out of the film. Like any expired film, you need to watch for the expiry date and how well it was stored. I’ve had good luck, with only that roll in Technidol showing clear signs of hard expiry. I probably should have shot it slower than 25 but still, I’m impressed with Tech Pan, and it is certainly one worth picking up if you find some in good shape.